There’s really no other way to put this: the Fast and Furious franchise remains one of the hottest, most successful and, with the seventh and eighth installment, even critically acclaimed properties in Hollywood.
10 photos

That said, it’s no wonder more films are in the pipeline – at least 2 more, according to leading man Vin Diesel. The ninth, which is still under the working title Fast & Furious 9 and whose details are kept under wraps, is scheduled for theatrical release on May 22, 2020.

The release date is still months away, but it’s close enough to warrant the release of the first trailer. And because we’re talking about a hotly anticipated release, fans are getting the “teaser for the teaser for the trailer” treatment.

The first teaser came out the other day, and now we have the teaser for the trailer, which actually amounts to almost a minute of movie footage that sets the scene. Dominic Toretto (Vin Diesel) is now a father and he’s no longer “living life a quarter of mile at a time.” He’s more into tractors these days: fixing them with little Brian, not drag racing them.

Letty Toretto (Michelle Rodriguez) is with him, of course, and while she still looks like a badass, she too is fully content with a more domesticated existence. Unpredictably, the chill, relaxed tone at the beginning of the clip doesn’t last long: Letty passes that famous cross necklace (also featured in the first poster) onto Brian, telling him that “it’s for protection… from what’s to come.”

Prior to that, Dom assures his son he will always have a place in his heart, which sounds pretty much like something someone who’s about to die would say. Drum roll.

We’ll get a better taste of what’s to come on January 31, when the full-length trailer drops. Not that trailers are to be trusted with telling the whole story, but at least they include more footage and we can get a feel of the general direction of a flick.

Dwayne Johnson and Jason Statham are out for good, having gotten their own Hobbs & Shaw spinoff, which caused a serious rift with senior members of the cast (Vin and Tyrese, most notably). 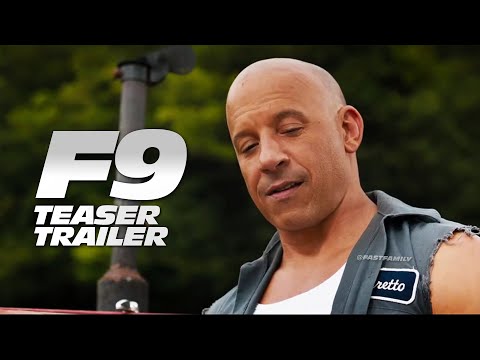