4 Coolest Car in the World

5 Six-Wheeler Formula One Cars Coming to Goodwood
Car video reviews:
Up Next

Renault-Nissan and Danone Partner Up

Evolution of the Formula One Car Is Rad!

Wow, just wow. Mind equals blown when it comes to this very cool video that shows the major changes taking place in F1 from 1950 until the 2012 season when we got the humped nose.
Formula One has always been at the forefront of new auto technology development, as it’s the highest class of single-seater auto racing that’s sanctioned by the FIA. 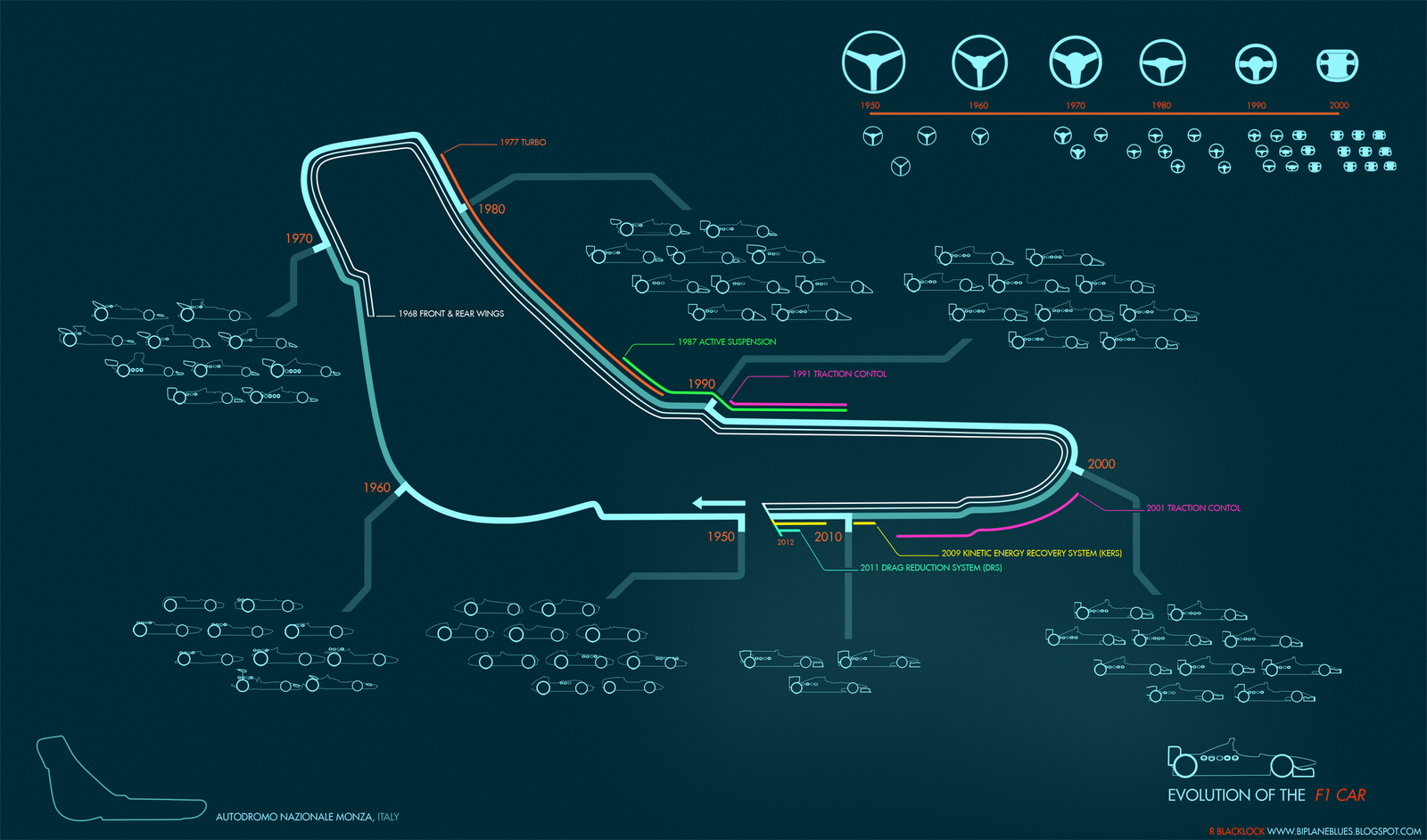 Today, Formula one cars owe their speed to the very high levels of aerodynamic downforce achieved thanks to huge wings and radical bodies. But in the beginning designs were much more crude, and the cars were streamlined as much as possible to cut through the air.

The awesome clip created by Ruf Blacklock also shows how we went from straight-eight engines to V12 and to V8s. The steering wheels have also evolved as has the general layout of the car.

Ruf also created a very interesting infographic timeline drawn around the shape of the Monza circuit in Italy - turbocharging, wings, wheels, active suspension and traction control, it’s all there!