1 Elon Musk to Lose 10% of Tesla in Divorce
Car video reviews:
Up Next 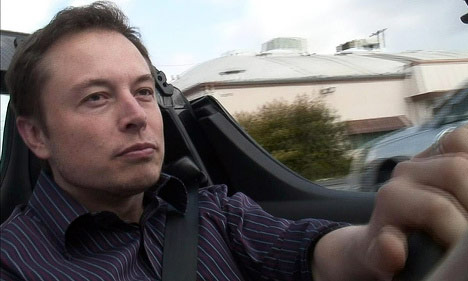 Elon Musk, the young entrepreneur which gave birth to PayPal and currently drives Tesla Motors, says he is broke. At times compared with the fictional character Tony Stark, the man inside the Iron Man suit, Musk says in his divorce papers he ran out of cash some four months ago.

Just to give you an idea of what a poor millionaire is all about, Musk's fortune amounted to some $200 million. In cash and not so long ago. Despite the fact that he now claims he lives off loan received from rich friends, the four months since he says he ran out of cash passed at a rate of $200,000 a day.

"For those who want to know the extent of my golddigging, this is what I asked for, from my ex-husband and the father of my five children Elon Musk, who is a billionaire and likely to become one of the wealthiest men on the planet," Justine Musk said when announcing what she expects from her soon-to-be-ex.

Now, don't go crying your eyes out over Musk's fate. Although at the moment strapped for cash, Musk still owns 65 percent of Tesla Motors. The initial public offering (IPO) planned by his company will raise Tesla's value to some $1.4 billion, as The New York Times reports. As you can see, broke is a relative term when it comes to billionaires...