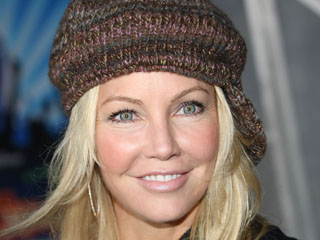 Perhaps many of you are being nostalgic after Amanda Woodward from Melrose Place who made Heather Locklear famous or after her image of a nice sexy blond diva who struggled to keep herself away from the Hollywood gossip.

Unfortunately, her fans might be a little bit disappointed as, apparently, the latest news about her are related to her DUI experience or to the mess she creates every time she get behind the wheel. The Santa Barbara District Attorney's Office has recently registered a charge against the actress who is accused of having driven under the influence of tranquilizing medicines. The date for the hearing has been set for January 26, 2009.

Even if time flies, it seems not to pass in her favor as bad memories continue to haunt the actress. Just for those who are not up-to-date, Locklear was pulled over by Californian police, in Santa Monica, for “driving erratically” at the beginning of this fall. Although it wasn't an alcohol story, the actress appeared to have been under the influence of the pills taken as treatment for anxiety and depression.

And it must have been something very strong judging by her dilated pupils in her mugshot. It's irrelevant whether or not she was aware of the restrictions in her situation because she was not exempted of charge for the incident.

By the way, have you ever wondered why so many stars end up as drug users? How can they become living wrecks after having the entire world at their feet? Is stardom so difficult to manage? Still, Heather should take responsibility for being a danger in traffic.