4 A New DeLorean DMC-12 May Come Sooner Than Expected, Courtesy of Italdesign

What better way to give back to fans of the iconic DeLorean DMC-12 than by inviting them to be part of the car’s history? The DeLorean Motor Company is marking the 40th anniversary of the iconic car with a series of one-of-one pieces of virtual art, awesome gifts, and several physical goodies.
19 photos

Partnering with Brooklyn-based artist Madsteez, DeLorean has announced opening bids for a limited collection of 40 NFTs (non-fungible tokens), one for each year in the life of the DMC-12 since it entered production. Each NFT is unique and bears Madsteez’s outstanding visual style. The compilation in the video below should offer an indication as to what to expect.

The entire collection will be available on the OpenSea platform, with bids accepted only in Ethereum. According to DeLorean, several of the NFTs will be accompanied by physical gifts, like a pair of Nike 6.0 Dunk SE “DeLoreans,” an original poster for Back to the Future in a steel frame, and other memorabilia. The 2021 NFT, called Special Edition: DeLorean “An Electrifying Future,” comes with a special-edition Super73, a DeLorean x Super 73-S2 e-bike. For the DeLorean fans who are not yet ready to go all-out for digital art and digital possessions, you know.

Perhaps the best part of the announcement comes last: two NFTs will come with “incredible physical utilities.” Whoever buys Special Edition: DeLorean “The Start of it All” (1981) will instantly be granted a spot on the waitlist for the upcoming DeLorean revival vehicle. The company has long stood by revival plans, and they’ve been more or less confirmed, but an actual timeline for the revival has not been revealed.

The winner of the Special Edition 1-of-1 DeLorean 40th Anniversary Montage NFT will get an actual DeLorean. It’s a 1981 model, fully restored and all original, with a gray interior and an automatic transmission, a new engine, and 28,000 miles (45,061 km) recorded.

Bidding on all NFTs and the assorted goodies is open, may the DeLorean fan with the fattest digital wallet win! 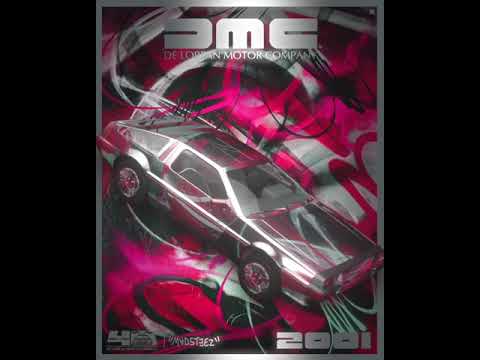