5 Two Brand New DeLorean DMC-12s Locked Away in a Barn Are the Find of the Week
Car video reviews:
Coverstory

Could a DMC-12 with an electric motor instead of the Peugeot-Renault-Volvo V6 engine still be considered a DeLorean? The DeLorean Motor Company sure hopes so.
43 photos

Despite not having a new vehicle produced in over 40 years, DeLorean is still around and, according to the latest company blog, still one of the most iconic, instantly recognizable names in the automotive industry. Mind you, it’s not the same DeLorean company that started out in Northern Ireland, but it’s the next best thing, if you will.

In 1995, Liverpool car mechanic Stephen Wynne set up the DeLorean Motor Company, or the New DeLorean, in Humble, Texas, after buying the DeLorean trademarks and remaining inventory. Since then, Wynne has been trying to bring back the iconic DMC-12, a staple of the ‘80s that, back then, stood out for a striking design, incredibly high ambitions, and a myriad of performance and quality issues.

The Low Volume Vehicle Manufacturing rule allowed Wynne to take the DMC-12 into low volume production, with original plans including the old 130 hp, 2.85-liter V6 under the hood. In 2015, the company announced the engine had to be replaced with one that “had a life-cycle of emissions compliance through 2022,” reads the latest blog post. “We had hoped to get into production by 2017 and get 3-4 years out of it before having to take on the engineering for a new powertrain.”

This didn’t go as planned, and the start of low volume production was delayed. Then, 2020 happened, rounding up the number of partners to go out of business or be assimilated by larger companies not interested in bringing back a classic with such low production numbers. Moreover, DeLorean is thinking the future of ICE (internal combustion engine) cars is not exactly bright, considering most manufacturers and regulators are pushing for more sustainable, cleaner transportation.

So how about an all-electric DMC-12?

“With EVs becoming more mainstream, we’ve been considering switching to an all-electric as the future,” DeLorean says. “It certainly makes for an easier path through emissions maze which still looms large over any internal combustion engine. While an electric Cobra or Morgan may be a little extreme for their potential market, we’ve already seen that an EV DeLorean – as we displayed at the 2012 New York International Auto Show – is not such an ‘out there’ idea.”

The post also notes that support continues to be greatly appreciated and ends with an optimistic-sounding “Stay tuned.” 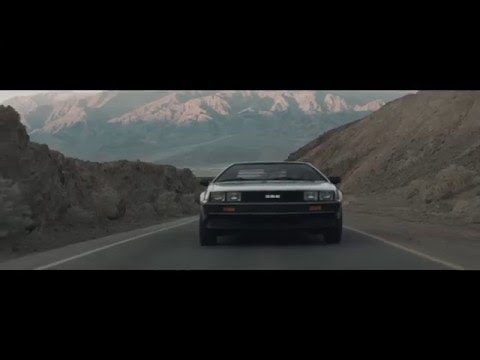