3 Mercedes to Use Philips Rebel LEDs 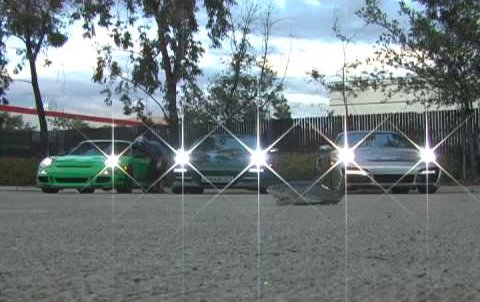 The European automotive scene is getting a new look starting from today, February 7, the day starting when all new cars and small delivery vans which will be produced and sold in the European Union will have to be equipped with daytime running lights (DRL).

The technology, used in several models today, links the daylights to the engine. As soon as the engine is turned on, the lights come on as well. In addition, they are also said to a lower energy consumption rate compared with existing dipped-beam head lights (roughly 25 – 30 percent of the consumption of a standard driving light).

For those who are active participants in the traffic, DLRs make the vehicles which have them more visible and sooner than compared to the cars wearing the existing headlights.

"Daytime running lights will make an important contribution to our goal of reducing casualties on European roads," European Commission Vice President Industry and Entrepreneurship Antonio Tajani was quoted as saying by just-auto.com.

The implementation of the new regulation will be followed in August 2012 by the adoption of a similar regulation for buses and trucks.

By implementing the new regulations, the European Union hopes to bring down the casualty numbers on its roads. Even if there is no study to show how many people would be saved or crashes avoided because of the use of DRLs, today's numbers show that everything possible step to bring those numbers down must be taken: in 2009, 35,000 people died on the Union's roads, and many more were injured.