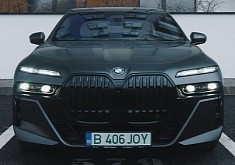 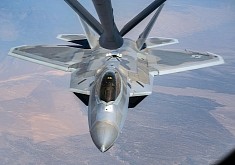 When USAF Officers Look Out a Window, This Is What They See

10 Nov 2022, 12:34 UTC · By: Humphrey Bwayo / The new legislation is expected to tighten restrictions on emissions on gas-powered vehicles from 2025, placing the continent's economy on sustainable footing

Owners of Vehicles With Defeat Devices Should Have Right to Compensation, Advisor Says

3 Jun 2022, 15:06 UTC · By: Sebastian Toma / An advisor of the European Union's Court of Justice, the highest of its kind in the EU, believes that owners of cars with defeat devices should be compensated

20 Apr 2022, 21:43 UTC · By: Humphrey Bwayo / The European auto industry is struggling under the chip shortage and effects of Ukraine war, the region is recording massive dips in new car registrations

VW, BMW Fined $1 Billion by the European Union for Starting an Emissions Cartel

9 Jul 2021, 09:03 UTC · By: Sergiu Tudose / The European Commission fined the two German carmakers for colluding to slow down the use of emissions cleaning technology in diesel engines

Delivery Drones and Air Taxis Could Boost Medical Transport, but Are They Safe?

29 May 2021, 12:50 UTC · By: Otilia Drăgan / The European Union Aviation Safety Agency conducted a study regarding Urban Air Mobility acceptance, and the results show a positive attitude, but also concerns

17 Sep 2020, 07:08 UTC · By: Aurel Niculescu / January to August passenger car registrations across the European Union paint a bleak picture, but there is still hope for a possible comeback

8 Nov 2019, 14:25 UTC · By: Daniel Patrascu / In 2022, all new European Union-made cars will have to be equipped with driver monitoring technology to help prevent loss of life

7 Oct 2019, 10:03 UTC · By: Daniel Patrascu / Denmark gets important backing from European Union member states in support of its idea to phase out ICE cars by the year 2030

Noise Generators for EVs Mandatory from July 1, 2019 in Europe

6 Jun 2019, 13:57 UTC · By: Daniel Patrascu / The rule will apply in the member states to all new private and commercial electric and hybrid vehicles sold from July 1

Huge “Vote for Europe” Banner Pops Up on Volkswagen’s Headquarters

10 May 2019, 15:58 UTC · By: Daniel Patrascu / Volkswagen issues a statement asking its employees to go out and vote in the European elections, huge banner raised on HQ

22 Feb 2019, 10:49 UTC · By: Daniel Patrascu / The new rules call for the mandatory use of an emergency-braking system and a lane-departure warning system, among many others

Europeans to Get Confused at the Pumps by New Fuel Labels

12 Oct 2018, 13:57 UTC · By: Daniel Patrascu / The European Union is implementing a unified labelling system for fuel at the pumps across the continent, choice of letters might create confusion.

9 Apr 2018, 09:13 UTC · By: Daniel Patrascu / Uber suspends its services in Greece to clarify whether it can still operate in the country after new legislation was passed

28 Mar 2018, 11:49 UTC · By: Daniel Patrascu / From April 2018, all cars manufactured in Europe will have to be fitted with the eCall emergency system, linked to the continent's emergency services.

20 Dec 2017, 16:00 UTC · By: Vlad Mitrache / Uber finally got what has coming its way after the European Union top court ruled that it is in fact a transport service and should be regulated as such

20 Jan 2017, 17:17 UTC · By: Sebastian Toma / Convertibles are known to be heavier than their coupe siblings. We decided to find the heaviest sporty convertibles offered on the European market today

19 Jan 2017, 17:50 UTC · By: Sebastian Toma / SUVs are heavy vehicles, and most of them are criticized for this aspect of their existence. We made a list of the lightest ones you can buy in Europe today

19 Dec 2016, 17:35 UTC · By: Sebastian Toma / Ferrari and Aston Martin have failed to meet their CO2 emission reduction goals for 2015, and they will be fined by the European Environment Agency

29 Jun 2016, 16:48 UTC · By: Sebastian Toma / Sunderland, the place where Nissan has invested billions in a factory, has voted to leave the EU. Residents now fear the automaker will stop investments