2 CNG-Powered Volkswagen Eco Up! Is Extremely Cheap to Run

The idea of a car being powered by compressed air is nothing new, and while the concept and idea have been around for many years, it was never deemed feasible, and therefor never actually looked over and developed. Well, now, Tata Motors is set to chance that, as the Indian automaker is developing a very cheap compressed-air-powered car, which sounds really rather promising.
1 photo
Using a special prototype, Tata have announced that they were able to boost the existing range of the vehicle, and it can now reportedly travel as much as 200 km or 125 miles, before needing to be recharged. Despite being cheap and very efficient to run (only costs the equivalent of 3 Euro Cents per mile), it will be a joystick-driven modern machine, which has a top speed of 80 km/h or 50 mph - exactly the same as other small city-oriented green cars, like the Renault Twizy, which we tested and were very impressed by.

Tata seems to be avoiding giving an exact date for when the car is to be launched, but since the technology itself is very simple, and India needs a cheap and revolutionary form of transportation, they`d better do it sooner rather than later. However, with an expected price of around €7,000, for what is basically a 300 kg covered motorcycle, some may find it a tad on the expensive side. 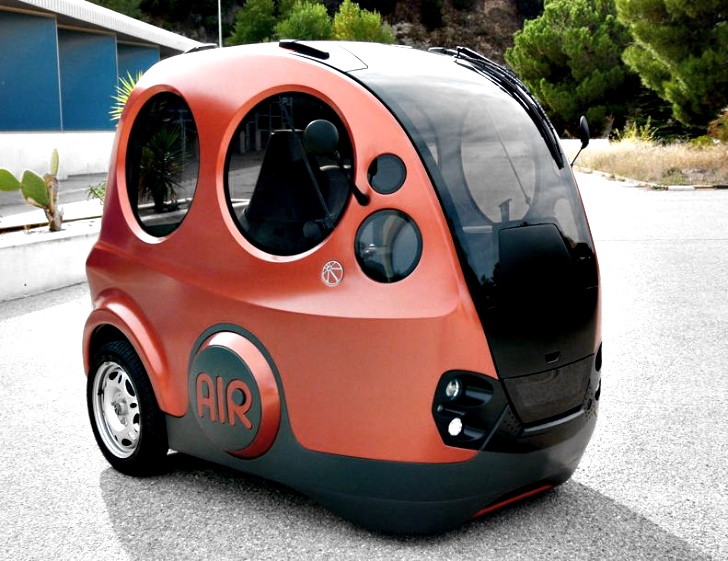 Still, for what is esentially more or less an EV, it is not that expensive.

Now, how does it work? Well, you refuel it with compressed air, at home, where you have to plug it in and it uses its inbuilt compressor to store air under pressure. Running costs are extremely low, and it all equates to around €3.6 euros per charge - has not been specified on what type of electricity rates they have based their calculations, but it`s still cheap!

It has low maintenance costs, it`s very simple, very light and genuinely revolutionary. There are advantages, of course, and the main one is the reduced efficiency of the compressed air engine, which is about half that of a conventional petrol-powered engine. Also, it uses about twice the amount of electricity a normal EV would use up, and is therefor more expensive to run.

We will have more details once Tata makes them available. They were supposed to launch the car by the end of 2012, yet they have not done so, yet.