1 Prius c Concept Not for Europe

4 It's Your Call: GM's CEO Should Drive a Prius for the Rest of His Life! 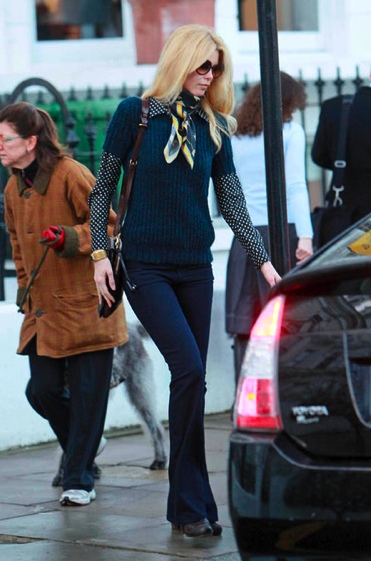 Toyota Prius is one popular ride in the United States, not only for the regular American but also for celebrities, be them actors, singers or politicians, who want to prove that the environmental protection concept means something to them. That doesn't mean that there aren't a few exceptions who actually buy the Prius just because it is a good car, but driving Toyota's popular model has slowly became an easy way to prove that you care.

We're not sure if Claudia Schiffer falls into one of the two categories, but one thing is for sure: if her name is part of the equation, the Japanese hybrid instantly becomes much more appealing than it actually is.

Celebrity Cars Blog writes that the supermodel uses the Prius to take her daughter to school, a thing which, for most of you, would sound pretty surprising, given the way she looks. Because yes, Claudia Schiffer is the mother of three children, two daughters and one son, and is married to film producer Matthew Vaughn.

We don't really know if she heard of it yet, but Toyota has prepared something more appropriate for mothers who are looking for a spacious vehicles to drive their children to school in. The new Prius v is actually a bigger Prius, scheduled to enter production later this year and packing almost the same features as the regular model.

It's also designed to be environmentally-friendly, providing four driving modes, Normal, Power, Eco and EV, all of which are backed by Toyota's Hybrid Synergy Drive technology.