Car Buyer Refuels BMW i3 in their Latest Test Drive

Gabriel Nica
By now we’ve seen our decent share of BMW i3 reviews. The car spurred so much interest in the automotive world that the Germans invited some people over to test the car before it was even finished. However, the real reviews are just hitting the web.
1 photo
The guys from Car Buyer are the latest in the bunch that reviewed the i3. Unlike everyone else before them, they did the test in their own home country, the UK, and not in Amsterdam. Furthermore, they had a model fitted with the famous Range Extender feature, thus making for an original review indeed.

The most interesting part of the whole review, for me, was the moment they stopped by a petrol station to refuel the EV. Just how weird does that last sentence sound? It’s true though, no matter how it sounds.

Onto the car then! Compared to the other reviewers, Matt makes some pretty valid points. The windshield is really wide, offering an impressive view of the road, a really important part of inside-city driving. Another interesting point he makes is that the car is not really intended to carry more than 2 people at a time.

The front doors open and close easy enough but getting in the back requires opening the front doors first. It’s not a huge effort but it might get annoying if you make enough stops along your route. The rear seats offer plenty of space (both for the legs and the head) but you can’t possibly fit more than 2 adults in there.

He also makes some funny comparisons and talks about the differences between the REx versions and the purely electric ones so you should really check out the video below. 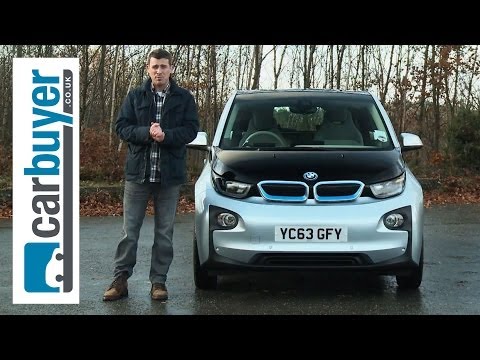