1 Black Hawk Turns into Jolly Green II Rescue Helicopter, This Is It

3 Video of Kobe Bryant’s Helicopter Before Crash Emerges, Shows It Flying Too Low

Boeing FARA Helicopter Could Be the U.S. Army’s Next Knife Fighter

Back in 2014, the U.S. Army was officially left without one of its best assets, the Bell OH-58 Kiowa helicopter. In service since 1969, it has seen action in theaters across the world, acting as observation and fire support platform for troops on the ground.
7 photos

As it usually happens with things military, the Kiowa will have a successor. Its official name is Future Attack Reconnaissance Aircraft (FARA) for the moment, and it should be in the air for testing purposes by 2023, and in operation five years after that.

The announcement that the Army is looking for a new helicopter, one that some in the ranks call their next knife fighter, was made one year ago, when five companies were tasked with coming up with a design: AVX, Bell, Boeing, Karem, and Sikorsky. Each is now in various stages of the project, but sometime this year only two of them will be given the right to proceed with the research.

Boeing, at the moment hit by a number of major problems across the board, has just presented the first image of its FARA in a bid to land what should certainly be a major contract.

The company says that the helicopter it showed already meets the Army’s current mission requirements. It has been designed as a single-engine chopper with a six-bladed rotor system, capable of holding its occupants in a tandem configuration, one behind the other.

The cockpit of the chopper is described as state-of-the-art, with a reconfigurable display. All in all, the Boeing FARA should have autonomous capabilities, although Boeing does not go into the details of what that actually means.

“We’re offering more than a helicopter – we’re offering an affordable and fully integrated system for the Army, the mission and the future. We’ve blended innovation, ingenuity and proven rotorcraft experience with extensive testing and advanced analysis to offer a very compelling solution,” said in a statement Mark Cherry, vice president and general manager of Boeing’s Phantom Works, the division behind the project. 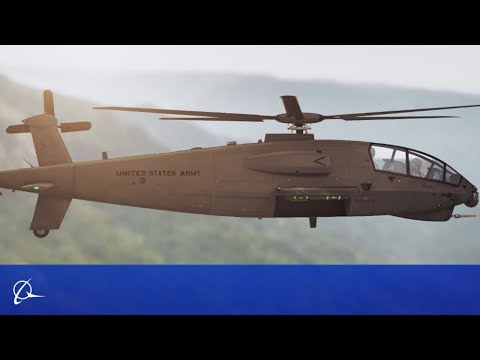