3 This Wide and Low BMW Z4 Looks Like a Honda

4 Here’s How a Special BMW Z4 Comes to Life

5 BMW E89 Z4 Gets Carbon and Alcantara Treatment at Carlex Design
Car video reviews:
Up Next

One of the absolutely undeniable truths about BMW’s new line-up of cars is that the E89 Z4 is the most underrated model of the entire range. That’s because it’s lighter than most Bimmers out there and, when fitted with the most powerful engines, is blazing fast.
1 photo
The fastest model of the range is the sDrive35is which is basically an M car in disguise. That’s because it’s the only BMW that doesn’t wear an M badge and can be equipped with the 7-speed DCT gearbox, the fastest the German company has to offer today.

That’s not all, though. The engine under the bonnet is not a single twin-scroll turbocharged plant as we’ve gotten used to. Oh no... This is an older N54 3-liter inline 6-cylinder mill that used to be fitted to another legendary ride: the BMW 1M Coupe.

In turn, that means it uses two turbochargers and makes 340 HP and 450 Nm (332 lb-ft) of torque that goes up to 500 Nm (369 lb-ft) with overboost. Those numbers, combined with the 7-speed and the weight of the car, transform this roadster into a fast machine: 0-62 mph (100 km/h) comes up in 4.8 seconds.Numbers aren't everything
It’s not just absolute numbers that make this car desirable but also the way it handles and the interior that, despite showing some age, it’s still refreshing, especially in the BMW range that seems to display the same design on any car you choose.

Of course, some might say that the top-end car is just too expensive and they might be somewhat right but still, you should get an inline 6-cylinder if you drive a BMW and the only other choice you get is the sDrive35i model. It too can be fitted with the 7-speed DCT box but the more enjoyable and cheaper alternative is the manual.

That’s what Matt Farah tests here, in the twisty, narrow roads of his hometown. Despite him being wrong about the N55 plant being used under the bonnet, he makes some pretty good points about the Z4, especially the part about the hardtop roof. If you’re on the fence about getting one, check out his take on the car. 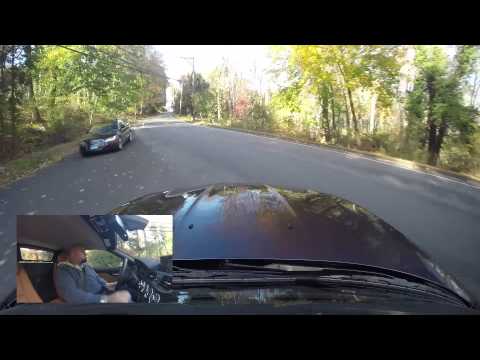