1 Sam Bird to Race for ART Grand Prix in 2010
Car video reviews:
Up Next

Bird to Test for Mercedes 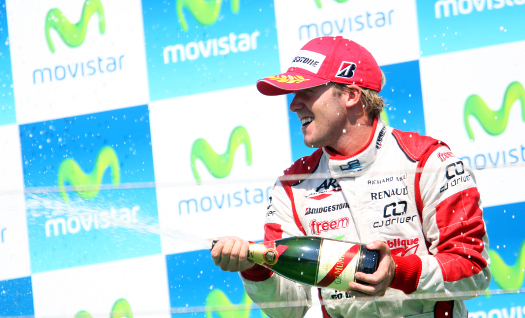 British rookie driver Sam Bird got probably one of the best news of his life, as Mercedes GP announced yesterday it has selected him to conduct a test drive at the Yas Marina circuit next month.

Currently driving for ART in the GP2 Asia Series (now in fifth place), Bird has had some degree of experience with Mercedes, having competed in the F3 EuroSeries for the Mercedes-Benz DTM partner Mucke Motorsport.

“Sam has done an impressive job in the GP2 Series during his first season,” said team principal Ross Brawn. “We are very pleased that Sam will be joining MERCEDES GP PETRONAS for the Young Driver test next month and are confident that he will provide the team with the essential consistency and feedback we require.”

Bird is currently in fifth place in the GP2 standings, having won one race and achieving four podiums. He finished in third place at the 2009 Macau Grand Prix being the top finisher in a Mercedes-powered car.

“This is also an excellent chance for Sam to continue his progression in motorsport and widen his experience of Formula One. Sam has been chosen due to his relevant current single-seater pedigree through his competition in GP2, the F3 EuroSeries and British F3 and as an added bonus, he will have experience of the track from his GP2 racing over the Abu Dhabi Grand Prix weekend,” added Brawn.

“We look forward to working with Sam at the test and to seeing his progress and feedback over the two days.”