2 Corum Made a Watch to Resemble Rolls Royce Cars 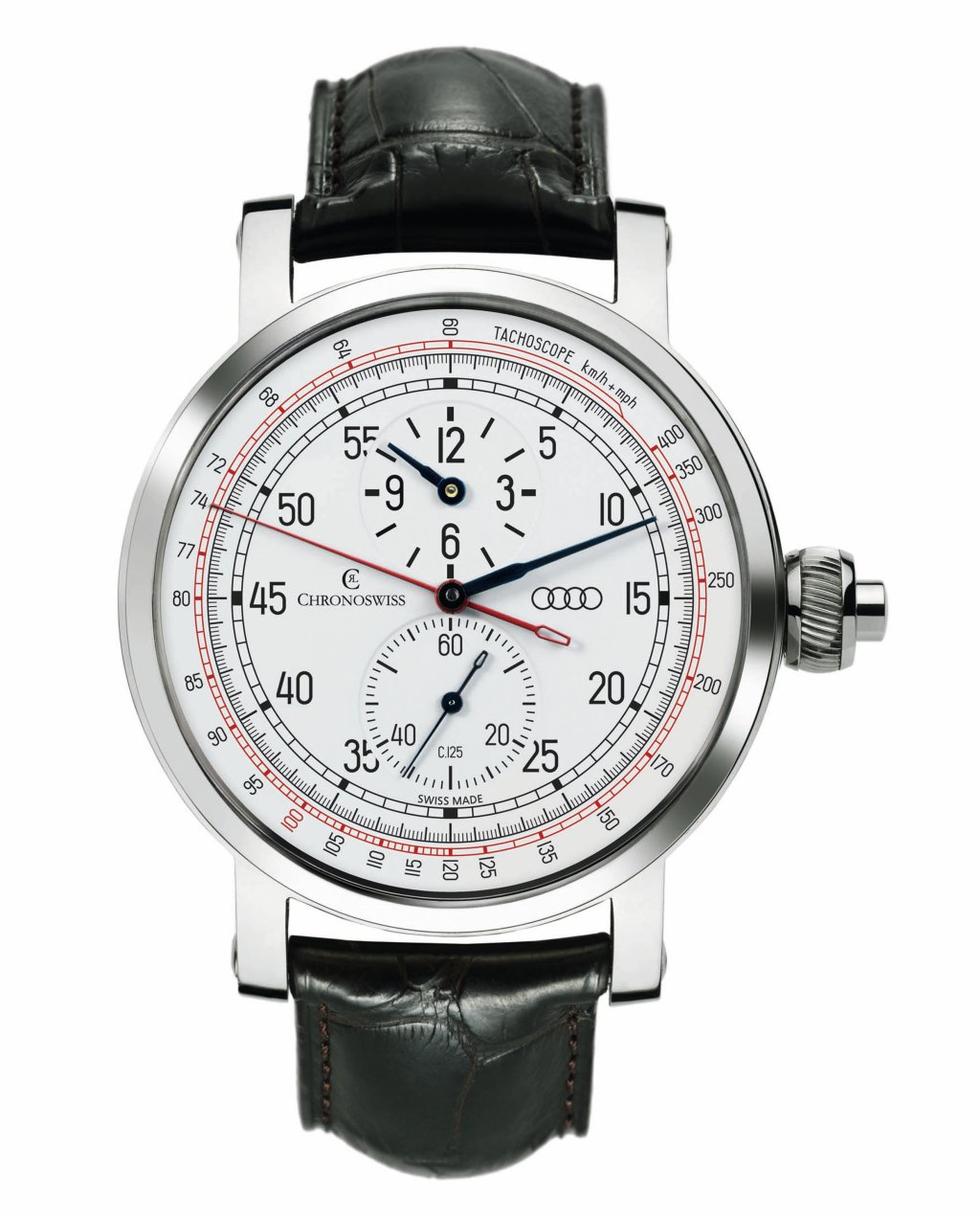 There is more than one way of celebrating an anniversary and car manufacturers may choose to do so by using a wide range of methods. As we already told you, Audi is celebrating its 100th year of existence, and besides bringing historic cars to the Auto Mobil International (AMI) Leipzig 2009 Show, the company will also launch a limited-edition Audi Centennial Timepiece chronograph.

The piece was conceived by Audi Design in collaboration with Chronoswiss, a Munich-based watchmaker. Called the Tachoscope is a combination of a regulator dial (a chronograph featuring a stopwatch operated by a single push-button) and a tachometer dial. What sets it apart from a classic regulator is the offset configuration of the hour hand and the second hand, as only the minute hand is positioned in the center of the watch dial.

The centered chronograph hand is complemented by the tachometer dial on the bezel, used to measure velocity in kilometers or miles per hour. The dial's design was inspired by the Auto Union racing car and is dominated by the second hand’s numerals, which are reminiscent of the tachometers in the Type C Grand Prix racing car of the 1930s.

The interior of the Tachoscope contains Chronoswiss' exclusive C. 125 caliber, which allows the chronograph to be operated via a single push-button integrated in the winding device’s crown.

The limited-edition Audi Centennial Timepiece will be manufactured in platinum and white gold. Only 100 units will be built, 35 platinum and 65 whit-gold Tachoscopes, one for each year in Audi’s history.

Limited, exclusive and anniversary means only one thing: priceless. Audi enthusiasts will have to pay 24,900 euros for the platinum wristwatches or 14,900 for the white-gold ones.