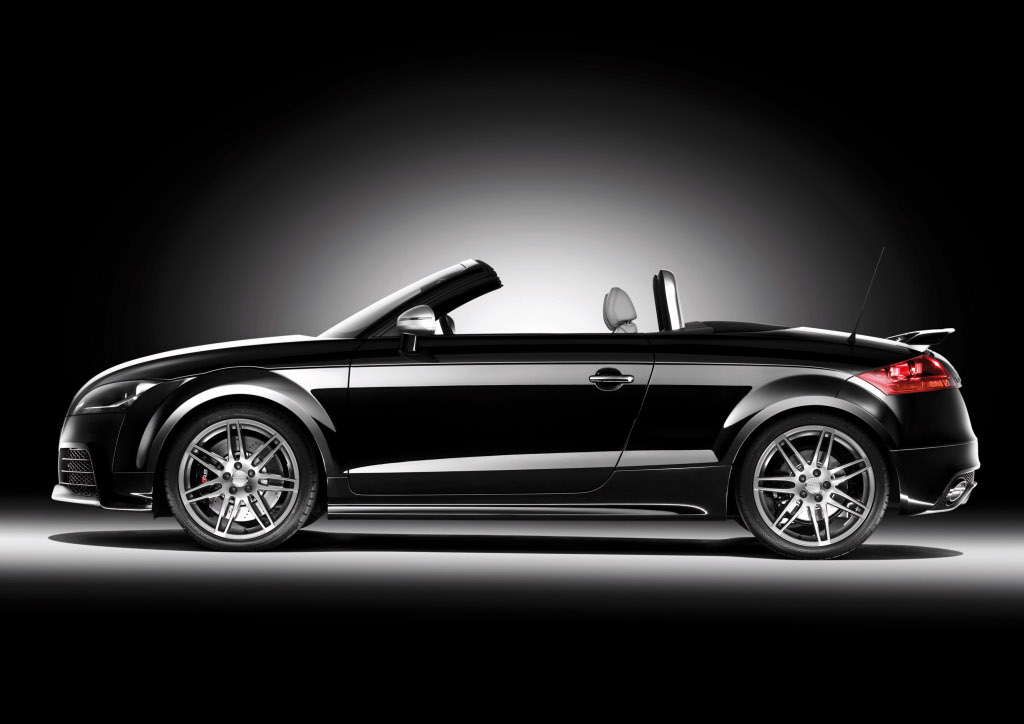 Less than a week from now, German manufacturer Audi will give us a display of power at the Auto Mobil International (AMI) Leipzig 2009 Show, including the first look at the new Audi TT Roadster, as it makes its world premiere at the event. As we reported, the TT RS coupe version was unveiled at the 2009 Geneva Auto Show.

The Roadster comes equipped with permanent all-wheel drive quattro, a fine-tuned suspension and high-performance brakes. The TT RS uses the light Audi Space Frame (ASF) body, constructed primarily from aluminum to make it "a driving machine to be reckoned with," as Audi says.

The TT RS Roadster will be the primary attraction at the Audi stand in Leipzig, but the manufacturer promises to flood the floor of the show with no less than 20 production models. Together with the world premiere of the TT RS Roadster, Audi will bring four premiers for the German market: the new Audi A4 allroad quattro, the Audi A5 and S5 Cabriolets and the Audi R8 5.2 FSI quattro.

To mark its 100th anniversary, the German manufacturer will also be exhibiting historic cars in Leipzig, including the 1938 Auto Union Silver Arrow Type D, who's reconstruction took four years. The original version of the car won two Grand Prix races in its heyday.

The Audi 920, which generated 75 hp, will also be on display at the exhibition stand. With its 6 cylinder in-line engine, the car established itself as a powerful and sporty midsize car when it was first sold in December 1938.