Aston Martin Inviting You to Share for the Third Time 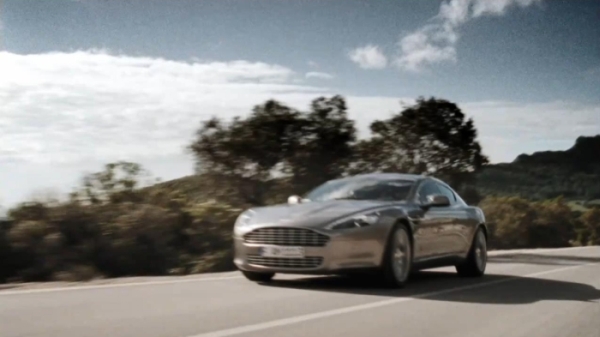 Premium automotive producers usually like to advertise the countless assets of their cars that make YOU feel special, offering YOU and advantage over the other drivers. However, Aston Martin has recently chosen another approach, introducing a new campaign for the Rapide four-door coupe, which uses the "True Power Should Be Shared" tagline.

The British company has introduced a series of videos that take us to a world of secret agents, where the Rapide plays an important role. Now, the company has released the third part of this series.

The footage shows the Rapide being put through its Paces on Portugal's roads, with the scenery being breathtaking. As for the soundtrack, this is taken care of by the vehicle's 477 hp 5.0 liter V12 powerplant.

We won't talk about the plot, as this isn't necessarily the best part of the video - we'll let you discover it bellow. To be honest, the sound alone was enough to capture our imagination.

Before we end, let's take a few moments to see how Aston describes its four-door creation: "As the marque's first production four-door sports car, Aston Martin Rapide encapsulates core values of Power, Beauty and Soul; four 'swan wing' doors provide access to cosseting sports seats both front and rear bestowing occupants with ample accommodation. A 301 litre luggage compartment affords generous space for belongings for all four passengers whether they be sports bags or indeed, sets of skis, creating an Aston Martin which can be enjoyed on any occasion, anytime, anywhere."