5 Arai Launches Three New Helmets for 2011
Up Next 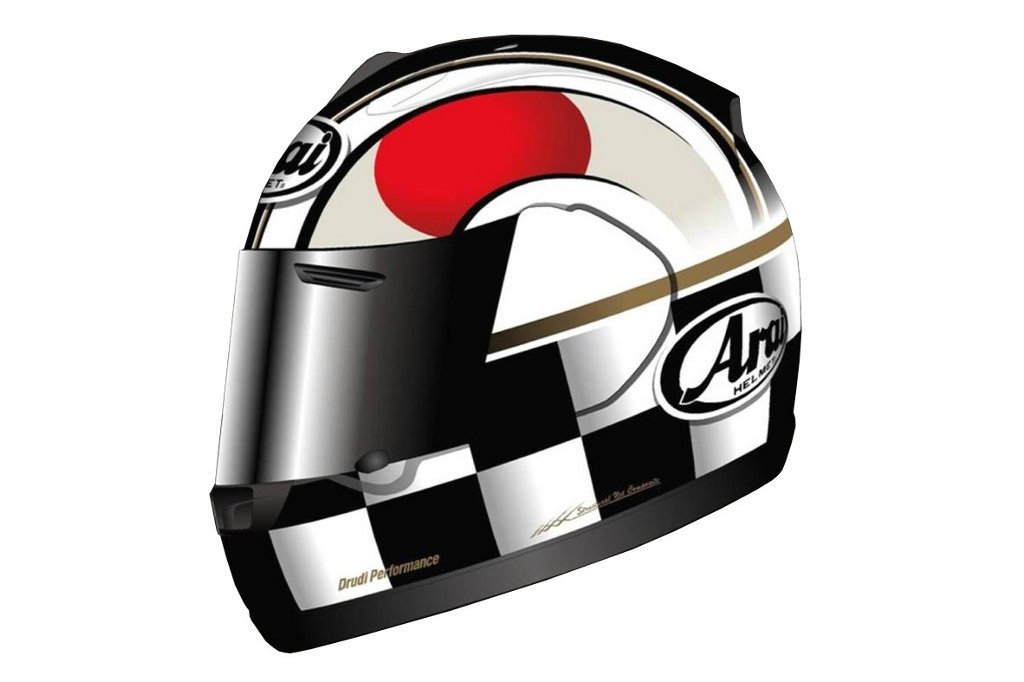 Over a month has passed since the massive earthquake and tsunami that hit Japan brought to their knees both lives and industries, and the effects that have been felt in full that faithful day continue to ravage the Asian country. To offer support to the rescue and welfare organisations helping those in need, Arai is introducing the Quantum ‘Flag Japan’ design.

A significant amount of the proceeds from the sale of the ‘Flag Japan’ Quantum will be donated to the Japanese Red Cross Welfare Organisation.

This special limited edition Quantum helmet is based on the popular ‘Flag’ design series, but legendary designer Aldo Drudi has made a special version with the Japanese flag as the centre of attention.

The Quantum ‘Flag Japan’ will be available in the UK as a special order only, placed through the Arai Five Star dealer network by May 14, 2011. It will have an RRP of £469.99 with a size range of XS-XXL.

“The incredible power of the Tsunami that enveloped the north of Japan and the resulting scenes of devastation have shocked and dismayed the world in equal measure. It has left deep sorrow and suffering in its wake, and at Arai thoughts and hearts go out to the victims of this disaster,” a company statement reads.