2 Hyundai Crosses Antarctica With Near-Stock Santa Fe, They Have Video

The relatively unknown yet memorable Antarctic Snow Cruiser is a vehicle designed especially for the purpose of exploring Antarctica.

Built between 1937 and 1939, it was commissioned specially for one of Admiral Richard Byrd’s expeditions to Antarctica, and despite the fact that it was highly advanced and innovative, it ultimately proved useless in achieving its purpose.

It has to be one of the coolest looking vehicles made pre-World War II, with its giant body, treading on massive balloon tires (3 meters / 120 inches tall) and ridiculous overhangs. It was 17 meters (56 feet) long and 6 meters (20 feet) wide, tipping the scales at 34 tons (75,000 pounds).

Packed with clever features, on paper it seemed like they would make it a great way to explore the vast frozen emptiness, filled with deep snow and crevices, that it was designed for. Each tire could be raised or lowered individually by nearly 1 meter (almost 3 feet) and both axles had steering - these solutions were adopted in order to ensure it wouldn’t get frequently stuck.

Envisioned as a highly mobile base on wheels, it was extremely well insulated and designed to accommodate a crew of 5, as well as be self-sufficient for over a year. It had some 9,500 liters (2,500 U.S. gallons) of fuel on-board, good enough to grant it a range of 8,000 km (5,000 miles). There was also a machine shop that even came with a welder, in case the vehicle needed to be repaired in the middle of nowhere. 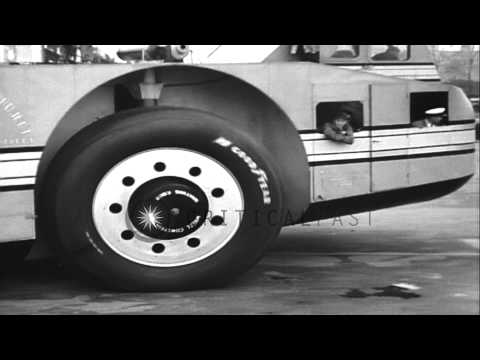 The way it was powered made it even more impressive - it relied on two Cummins six-cylinder diesel engines each making 150 horsepower 1,800 rpm. These provided a combined 300 horsepower they were just generators for the four 75 horsepower electric motors - yes, that’s right, it was a hybrid. Top speed was 48 km/h (30 mph).

Its total cost back in the day was estimated at up to $300,000, which converted into today’s value would be over $5.5-million. It really was a genuine wholehearted attempt at making a vehicle to explore Antarctica, in an age when the U.S. wanted to claim the frozen continent for itself, before Nazi Germany did.

However, in spite of how impressive the vehicle looked, how well it was thought out, it proved utterly useless once shipped to the frozen south in November 1939. It reached its destination in January 1940 and the first bad omen was that it broke one of the wooden ramps as it was being driven off the ship, nearly plunging nose-first into the ocean.

It was ultimately wrangled onto the ice where it quickly proved not very effective at getting itself around. Apparently, it only really worked in reverse, but it was far too slow to be of any use for exploring.

It quickly became apparent that it wasn’t very useful at anything other than being a stationary base. Its cramped rooms could still house up to 5 people and the thick insulation proved highly effective. And that’s how it was used for a few months in 1940, before it and all Antarctic expeditions were abandoned as the U.S. shifted its focus towards World War II. 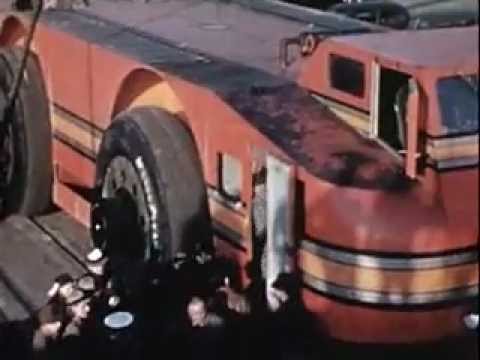 Afterward, it lay abandoned until after the war, in late 1946, when it rediscovered by another U.S. expedition, then it was abandoned yet again. It was another 12 years before it was sighted again, in 1958, this time by an international expedition - this was the last time it was ever seen, and its fate is right now uncertain.

The Antarctic Snow Cruiser was abandoned near a base called Little America, parts of which were spotted on a big piece of the ice shelf drifting away from the mainland. This is not conclusive proof that the Cruiser was in that very chunk of floating ice, but it does remind us that the Antarctic landscape is subject to frequent and often violent change - the Cruiser is therefore either still buried under meters of snow, or it has since fallen to the bottom of the ocean.

There were some unsubstantiated claims that it after the last confirmed sighting, in 1958, that it was actually taken by the Soviet Union during the Cold War, but this seems highly unlikely. Wherever it is, though, it’s an undeniably cool piece of history, one that shows just how little we knew about arctic exploration back in the day. And even if it didn’t really work, the Cruiser is probably one of the coolest vehicles ever made based on its look, size and innovative technical solutions.