Ciprian Florea
When talking about hot rods, there’s one certain vehicle that can be fully identified with the hobby: the 1932 Ford Model B in both three and five-window body styles.
1 photo
Present in great numbers in collectors' garages, these V8-powered vehicles are still built, mostly from “scratch”, by hot rod specialists in the United States. Thanks to their classic status and heritage, 1932 Ford-based hot rods are bound to turn heads wherever they show up, including Dubai. And we don’t know about you, but those supercharged V8s are music to our ears.

As in any automotive segment, there are a batch of famous hot rods, like those owner by the likes of ZZ Top or Eric Clapton. Another particular example is the yellow “American Graffiti” five-window version, which was spotted at the 2013 ERTEFA car meet in Toronto earlier this week.

In fact, this is probably only a copy of the car that starred in the 40-year-old movie, but it’s still impressive none less. The details are amazing and the vehicle looks like it just left the auto shop. And most importantly, the uncovered and shiny engine is up and running through the whole video. Justin Bieber who? 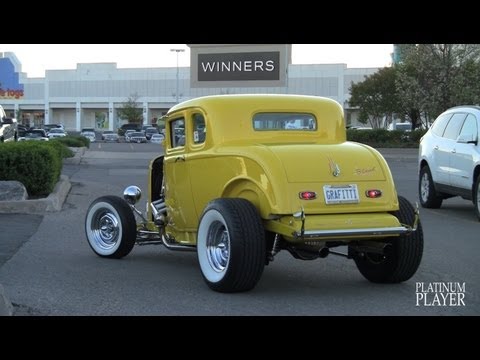