The Toyota GR Yaris is the most interesting small hot hatch, not just right now but for many years to come. The package is made up of a bespoke coupe body, the most powerful 3-cylinder engine, and a special AWD system.
9 photos

Few people even know what it's like to drive such a car, since it costs a lot of money and is very rare. But those who have bought one probably have rally racing on their list of potential hobbies. And we all know how WRC cars make big power thanks to their turbocharged race engine. So it's tempting to modify the GR Yaris and make it more exciting.

But is that such a good idea? Well, this drag race from Carwow might give us all the answers. The tuning wasn't carried out by some amateurs with a laptop but by Litchfield, a company known for making some of the fastest cars even faster. Their work with Subarus made them the stuff of legend, while the Litchfield GT-R is as strong as the movie version of Godzilla.

Development for the "Piggyback tuning box" began a few months ago with the aim of adding boost pressure to the 1.6-liter. Mat Watson says the car he's driving makes 305 PS, which is equivalent to 301 hp, while torque has climbed to almost Golf R levels. A new air filter has also been added, but the total cost of the mods is said to be only £640 ($887 or €737), which is nothing compared to the value of the car.

But a car that's likely to increase in value with time worth it? We think it might be because of the Litchfield branding, usually associated with real performance gains and very tasteful mods. But before you cast your verdict, let's see the outcome of the drag race. Spoiler alert: the Toyota wins. 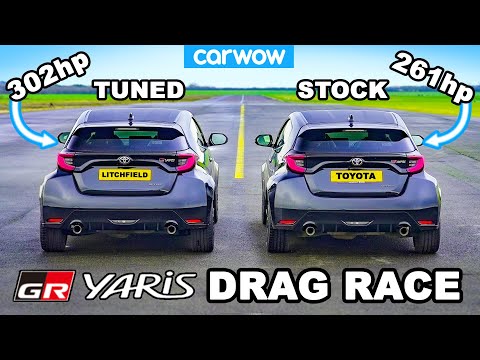 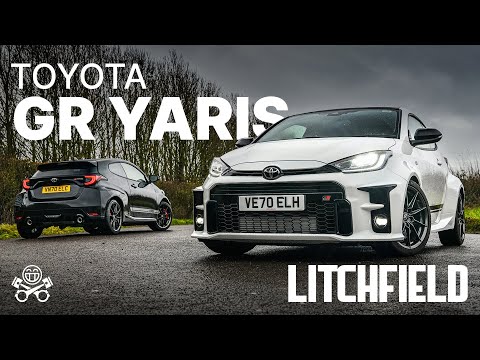