4 Land Rover Defender Not a Good Off-Roader? The One in This Rendering Sure Isn't
Car video reviews:
Up Next

Home > News > Car Profile
Alexandru Sincan
The time has come for the official debut of the Land Rover Defender V8. It’s not something really unexpected, since the model was repeatedly spotted during testing sessions. Still, it comes with a funny little surprise: the so-called Defender V8 Carpathian Edition as the flagship of the series. Relying on 525 PS (518 hp) and 625 Nm (461 lb-ft) of torque, the new Defender V8 sets a higher reference in terms of performance and agility, wherever you might want to drive it.
19 photos

The dark color of the LR Defender V8 Carpathian Edition should inspire Count Dracula to buy one as soon as possible and drive it to his castle in the Carpathian mountains. His hundreds of years of waiting for the new Defender V8 are over now.

This car should please him with its vampiresque ability of sucking gasoline out of gas stations; well, that comes with the territory when talking about an unnaturally aspirated (i.e. supercharged) 5.0 liter V8 engine. Count Dracula should be aware of it since, during the decades, he met the LR Stage I V8 of the seventies and, later, the Defender Works V8 in the nineties and more recently.

The chassis of the Land Rover V8 benefits from some special tuning settings that aim to maximize driving enjoyment and make the best possible impression regarding the travel conditions both on and off-road. The transmission and the suspension have received some enhancements, as well.

Now, the 2022MY Defender has also received a new XS Edition. Another tempting addition to the offer, its points of interest consist of new exterior design packs providing an ample customization spectrum and a new version of the Privi Pro multimedia system with an 11.4-inch touchscreen.

Of course, this new Land Rover is fast, delivering amazing acceleration figures for such a massive SUV. The zero to 60 mph (96 kph) sprint is done in just 4.9 seconds! That translates to about 5.2 seconds from 0 to 100 kph for metric system lovers. The official average consumption is about 14.5 liters per 100 km (19.5 mpg, if you please). There is also a top speed to be mentioned; at 240 kph (149 mph), it is the fastest production Defender ever. 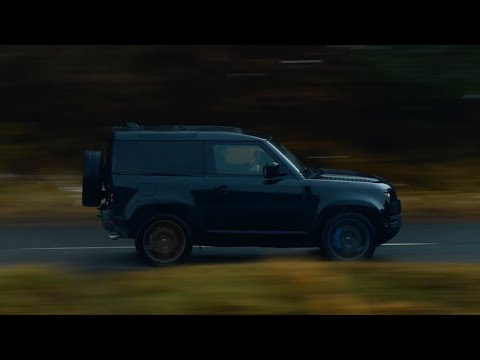