1 Volvo XC90 Rendered as a Coupe SUV. Could This Become a Thing?

The 2016 Volvo XC90 exudes confidence and, once you get to know the car, this first impression is confirmed. Behind the ultra-modern fascia, we find Volvo’s unaltered spirit and we tried to capture this in the Full HD photo gallery of our 2016 Volvo XC90 review.
1 photo 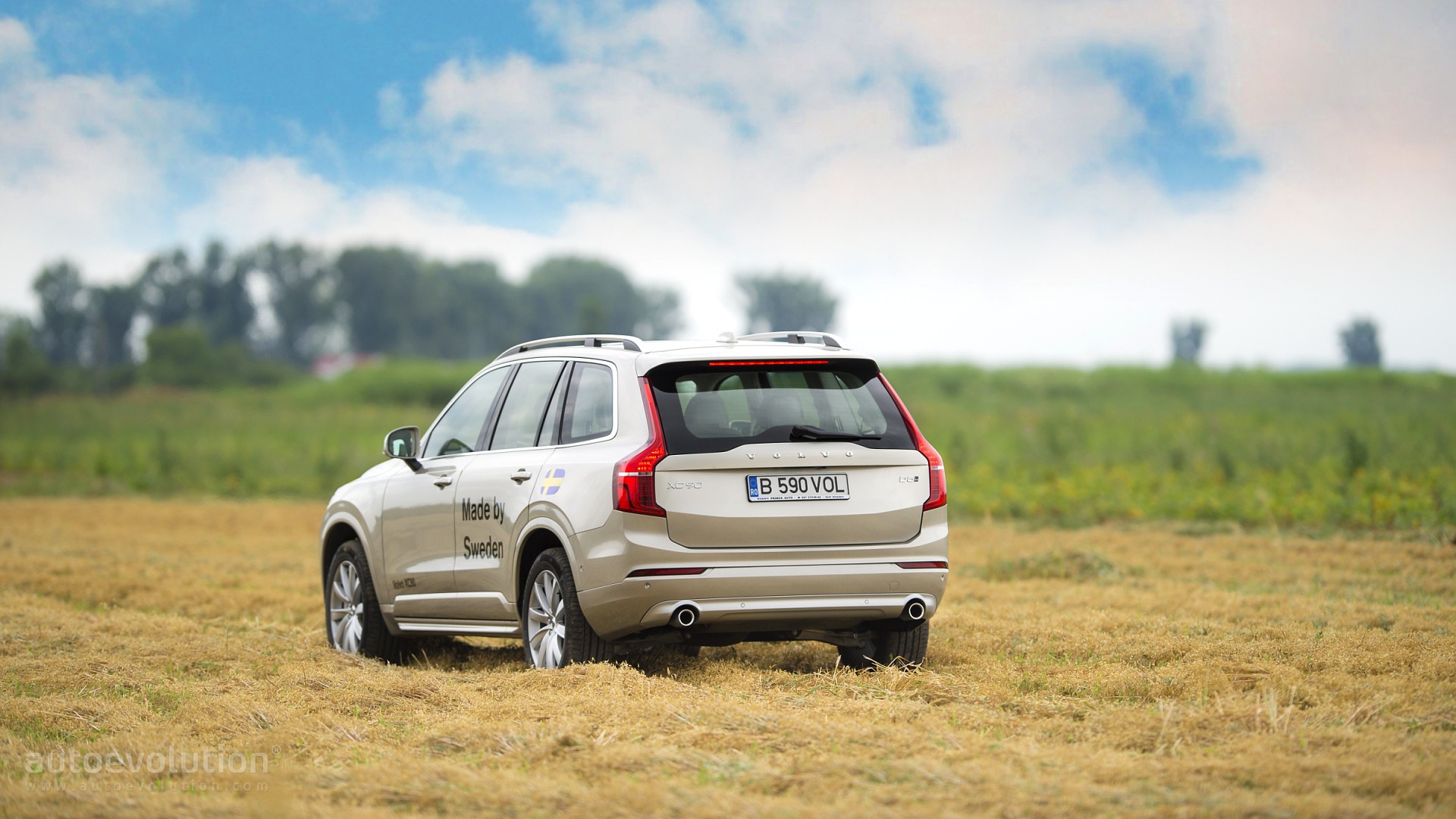 As we said, the XC90 may have been visually reinvented, but this is still Volvo being Volvo. Thus, they’ve established a strong visual connection to the original XC90 through the rear end of the car. And while those taillights resemble that of the first model, the split tailgate is now gone, being replaced by a massive, power-operated element. 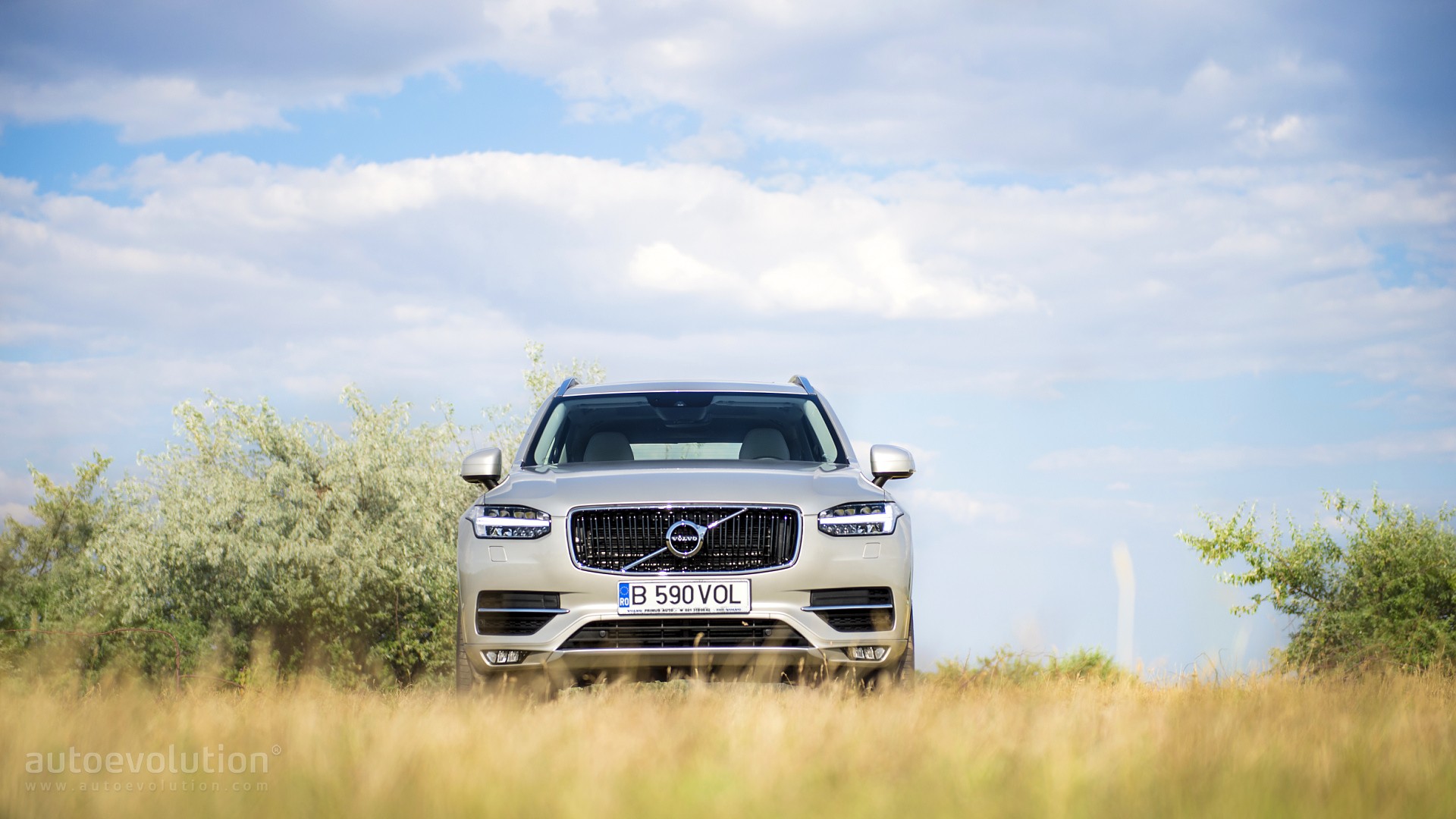 A lowered XC90. We’re not saying future Volvo sedans, such as the upcoming S90, will be that, but you have to know the SCA platform underneath this SUV will serve each and every model the Swedish carmaker is set to release in the future. In this photo, you can also get a taste of how the Thor headlights appear in the light of day. 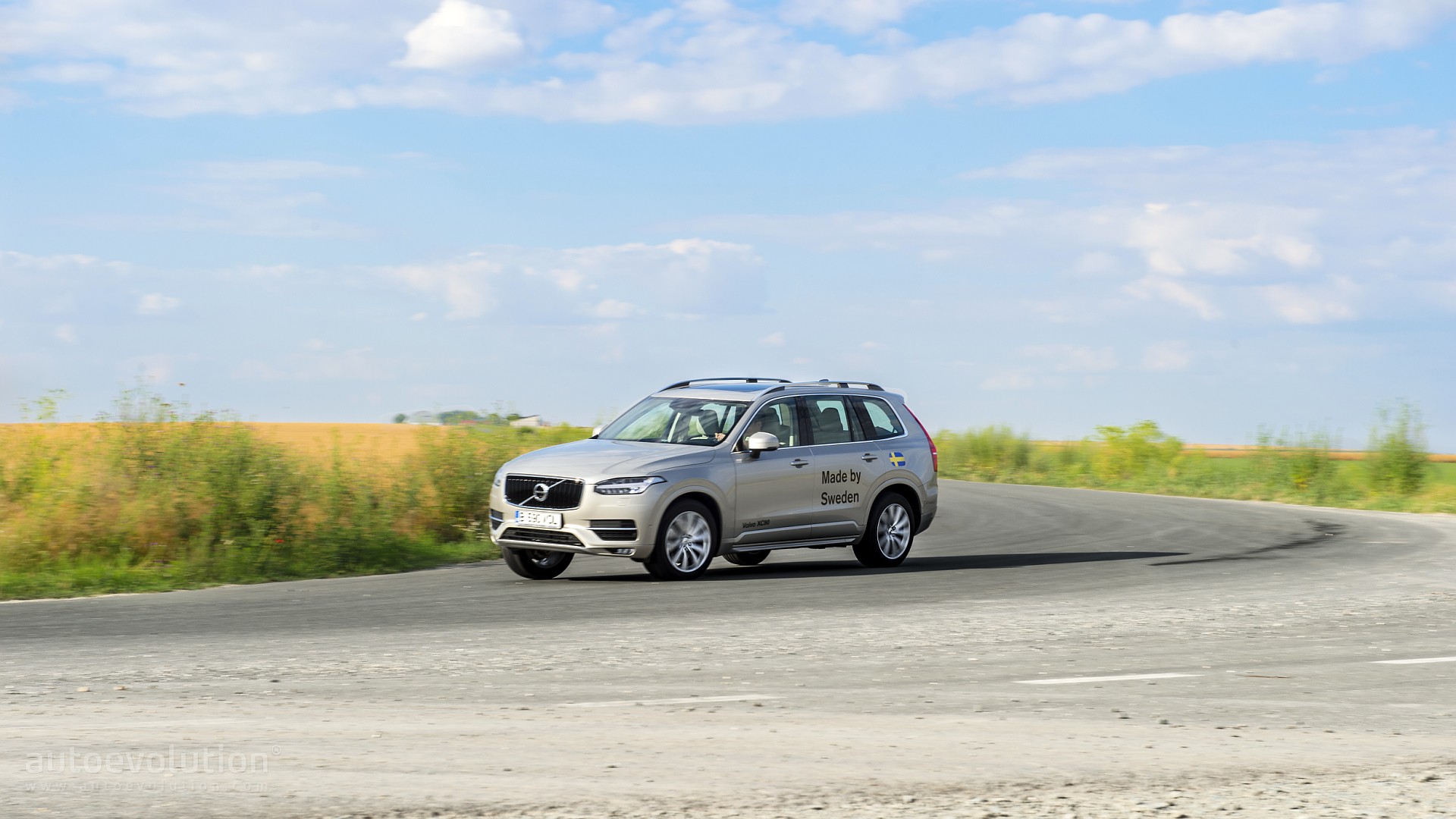 Surprisingly enough, the 29016 XC90 felt more agile than the BMW X5. While the X5 is nose-heavy, this Volvo manages to feel light, despite tipping the scales at around two tonnes. Sure, it’s handling isn’t engaging, but the four-cylinder engine revolution means that front end is willing to follow your commands. 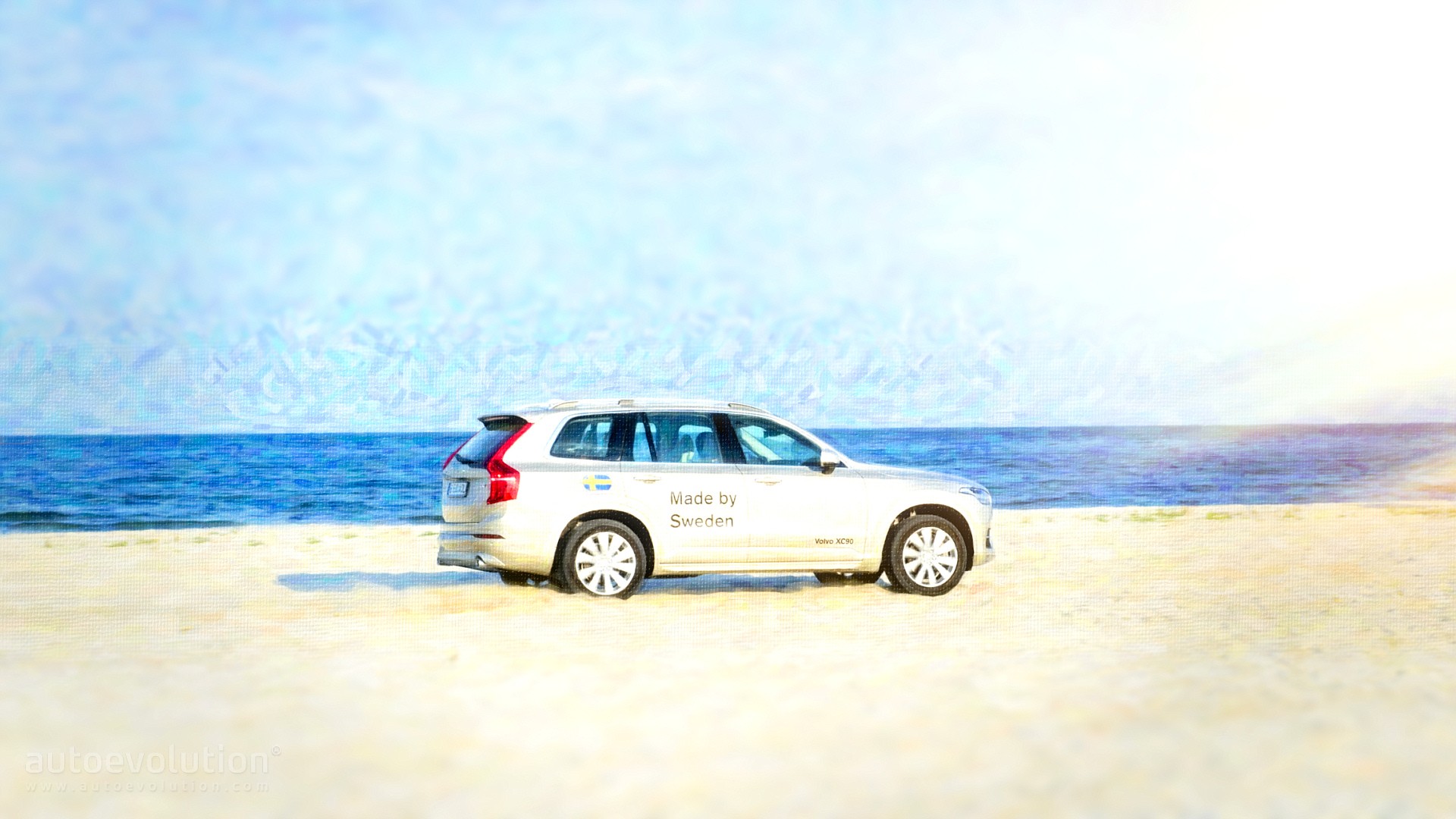 Take the new XC90 off the road and you’ll notice it’s solid, but with limited abilities. The limit is set by the all-wheel-drive system, which seems to need plenty of time before taking a decision. Fret not you travelers, this SUV will get you through the situations that arise during weekend escapades, just don’t go professional. 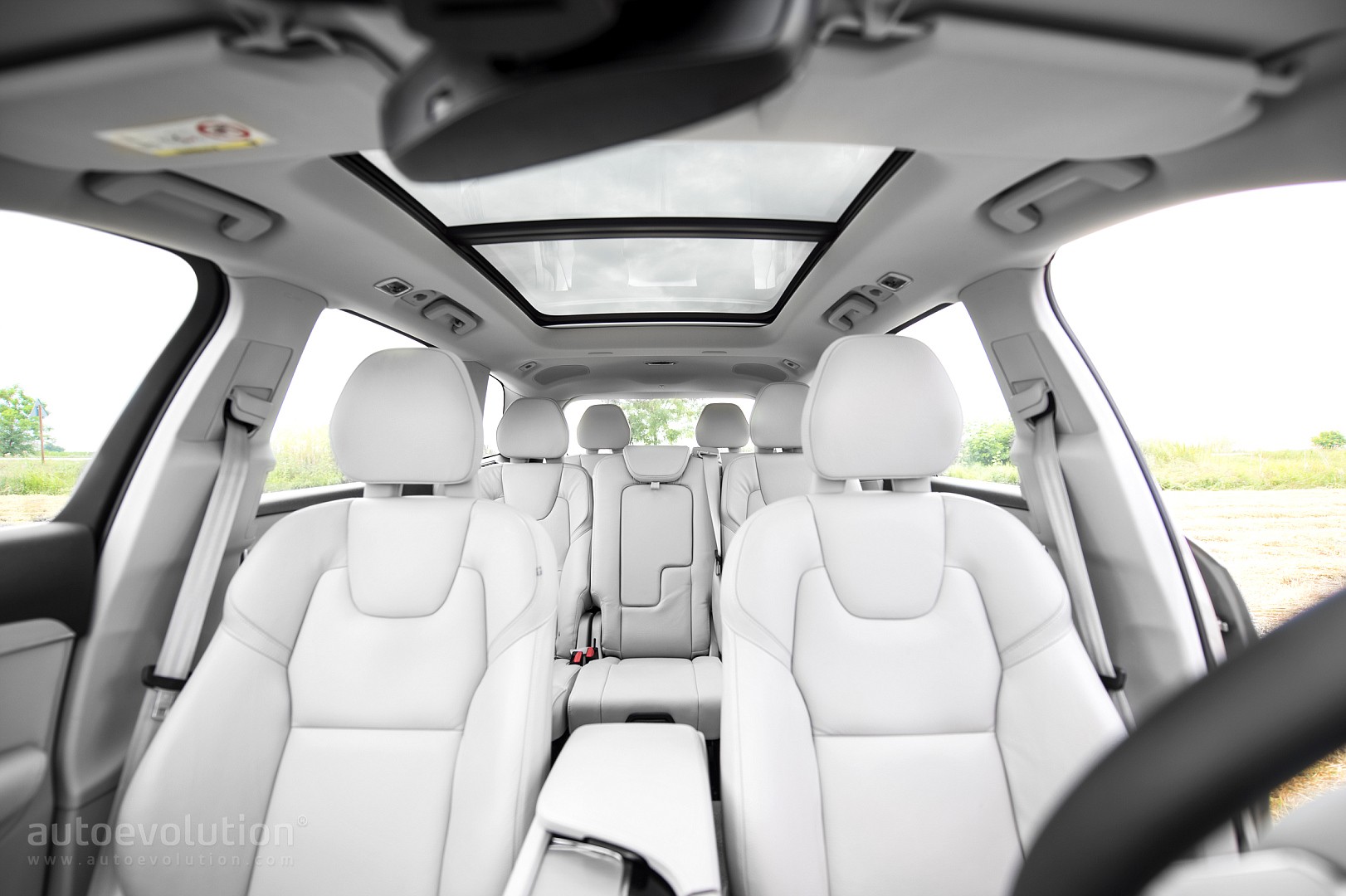 Spacious and well-lit. With the optional panoramic sunroof, these are the two words that best describe the car. In fact, this Volvo is the only 7-seater SUV we’ve tested that can offer proper accommodation for two adults in the third row. Aside from the fresh start, which allowed engineers to optimize space, the slim seats deserve some credit here. You can get a complete view of the SUV in the Full HD photo gallery of our 2016 Volvo XC90 review. And by complete we mean 84 pics.