Volvo's first ever production electric car, the XC30 Recharge is also the first model to spearhead an entire new line of cars in the future lineup of the Swedish carmaker.

To put it simply, every model from the Recharge lineup will feature some type of electrical assistance. This includes both plug-in hybrids and fully electric cars, as Volvo plans to grow to the Recharge line to engulf 50 percent of the carmaker's global sales by 2025, with the rest being hybrids.

In fact, the XC40 Recharge is only the first of many, with 5 more fully electric cars being launched until 2025, one every year. Starting with 2020, every Volvo Recharge model, whether a plug-in hybrid or fully electric, will come with free electricity for a year, provided through a cash refund for the average electricity cost during the period. The XC40 Recharge is largely identical design-wise with the regular XC40, with the main differences being in the lack of a functional engine grille and lack of tail pipes. Its passengers can benefit from an Android-powered infotainment system, the first of its kind. With an output of 408 hp, an all-wheel-drive powertrain and a lithium-ion battery that can be charged to 80 percent of its capacity in 40 minutes on a fast-charger system, the XC40 Recharge of more than 400 km (249 miles). 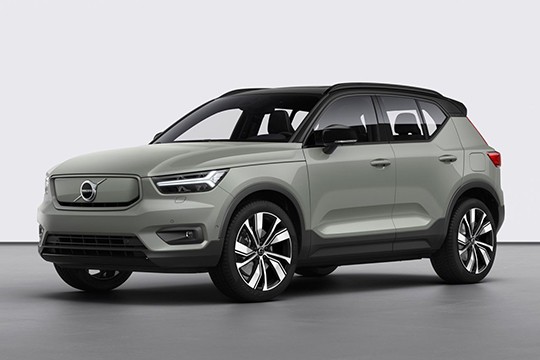 3 "Hot Wheels" Turns Cold Aiming for Nines on the Quarter-Mile, Breaks Diff off the Line

5 Top Carmaker Releases the Chip Announcement Everybody Was Waiting For