When an all-new Mazda comes along, chances are you will know what it’ll be like before you’ve even opened the door. This statement holds even more truth when the subject is a mid-cycle refresh. With the 2016 Mazda CX-5, not much has changed over the pre-facelift, but it’s easy to see and feel that it’s a better, more captivating model than ever before.
1 photo 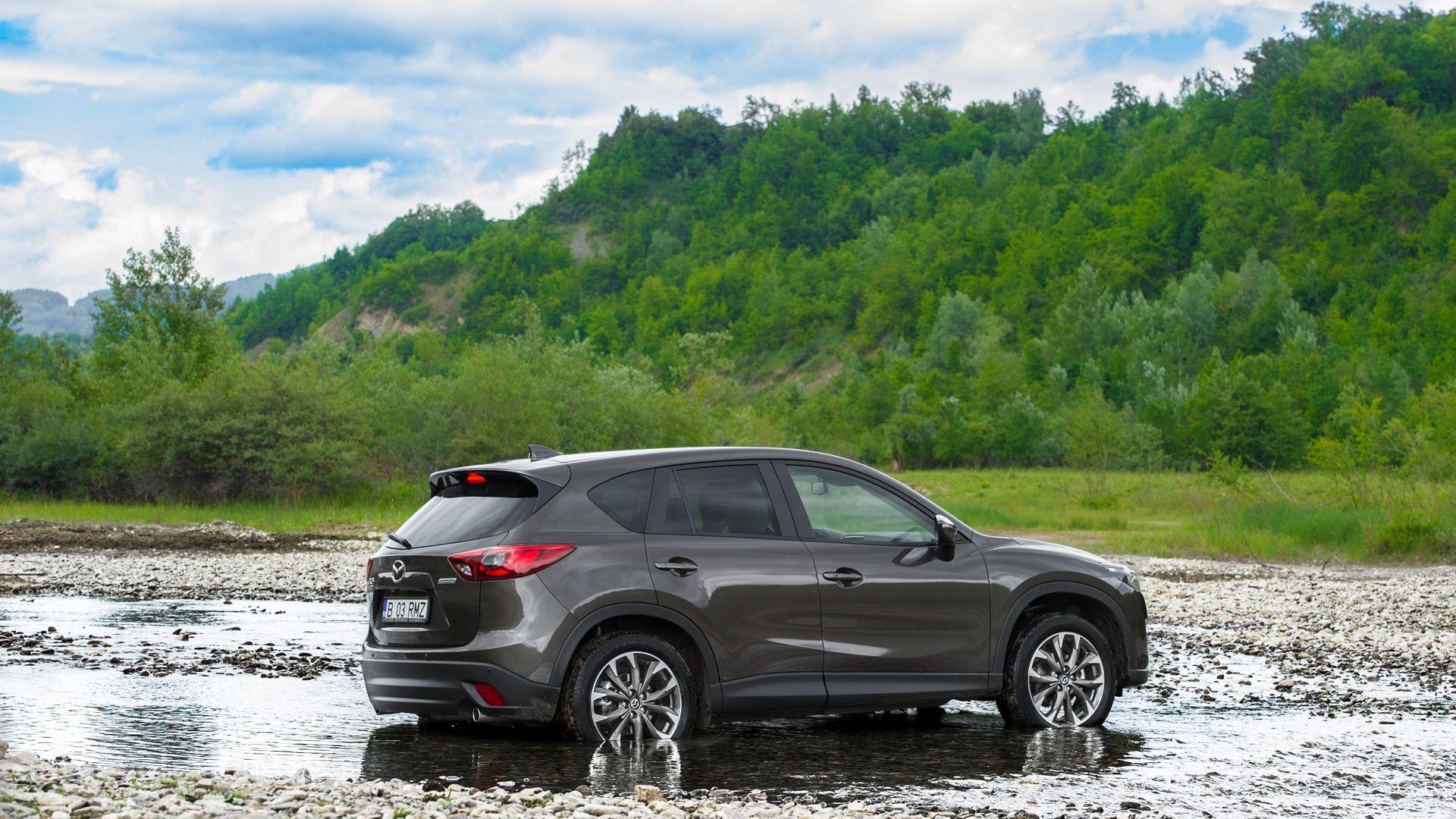 Take a moment and admire its face. Whoever decided to get rid of the Angry Birds beak-shaped radiator grille of the pre-facelift deserves an early Christmas bonus. It’s the smallest of changes, like the LED-accented fog lights and headlights, Mazda logo-shaped front grille, and more pronounced front bumper design. It’s a red-blooded look for a crossover, one that doesn’t give the impression of steroidized nonsense. 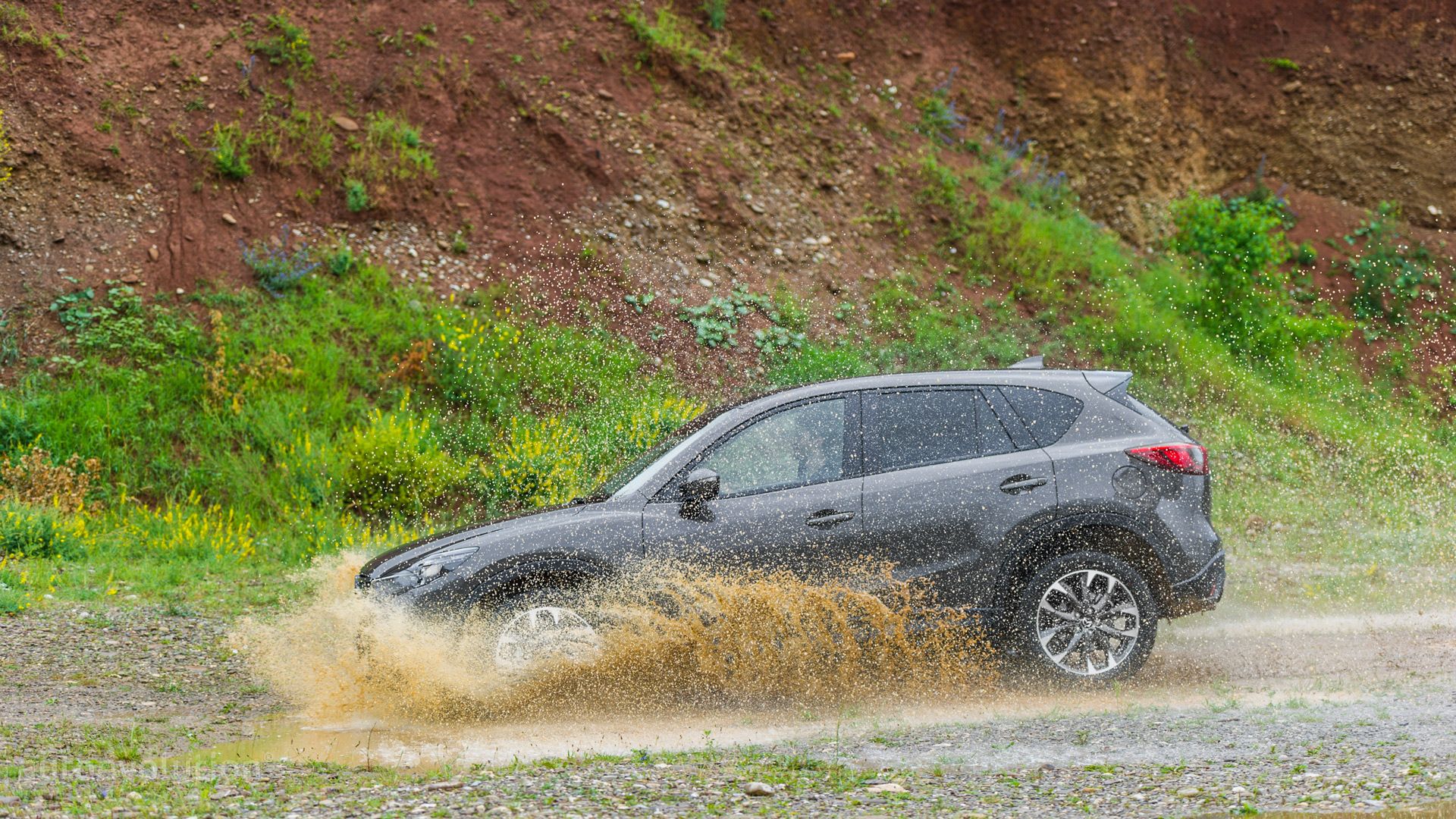 From the side profile, things get even better. The able-bodied stance fits the 2016 Mazda CX-5 facelift like a glove. With a strong character and beltline, joined by sinewy motifs and black plastic cladding on the wheel arches, the CX-5 doesn’t just look the part. This crossover can also walk the walk when the asphalt ends and the rutty off-road terrain begins. 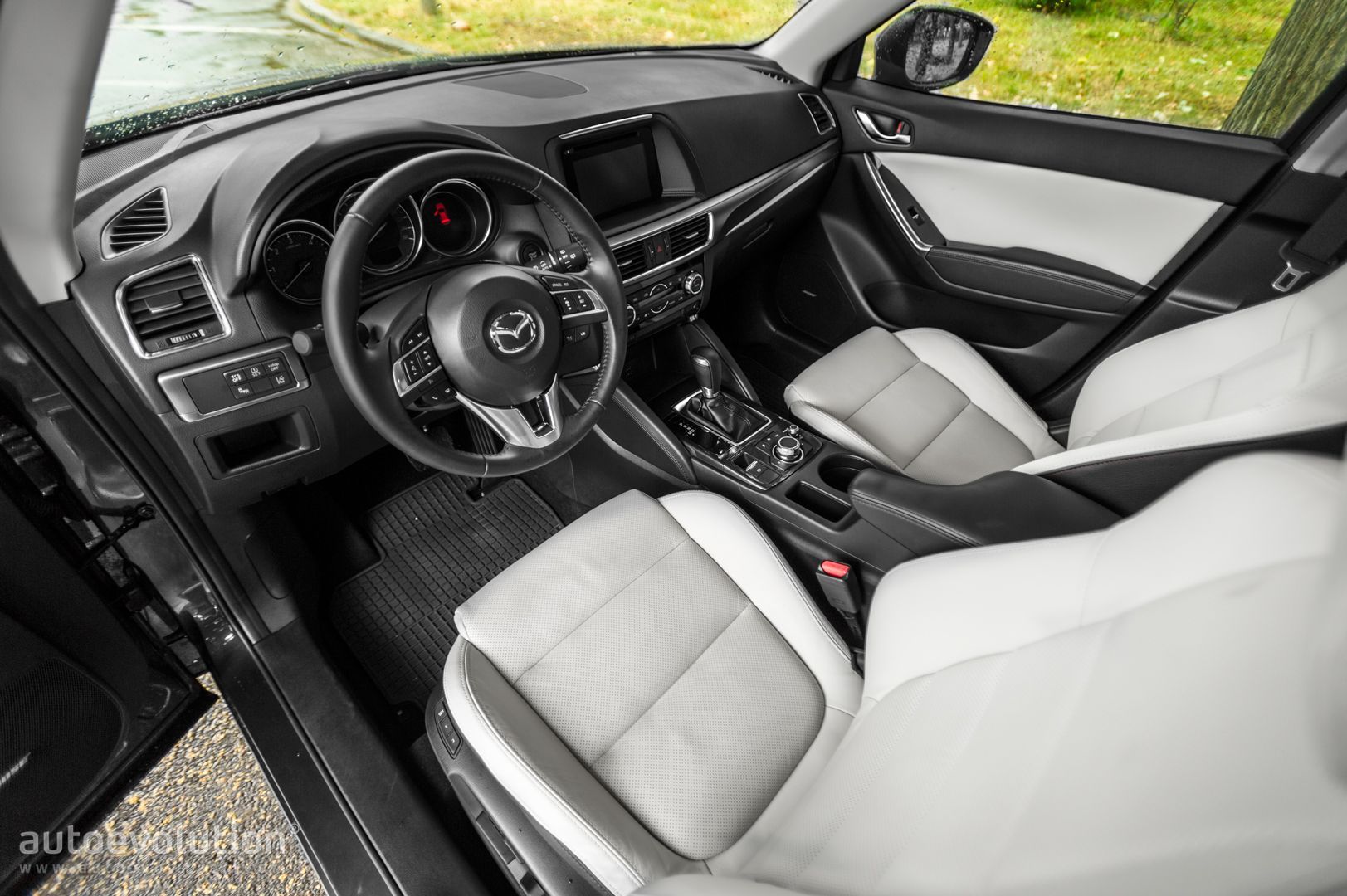 On the inside, the stylistic effort of the exterior isn’t mirrored to its full potential. In terms of cabin design, we are dealing with form following function. Every aspect of the cabin, from the 4:2:4 folding rear seats to the satin trim on the dash and shape of the headrests, was designed with functionality in mind. Despite this, the interior is an inviting place, one that emanates good karma for both the driver and passengers. 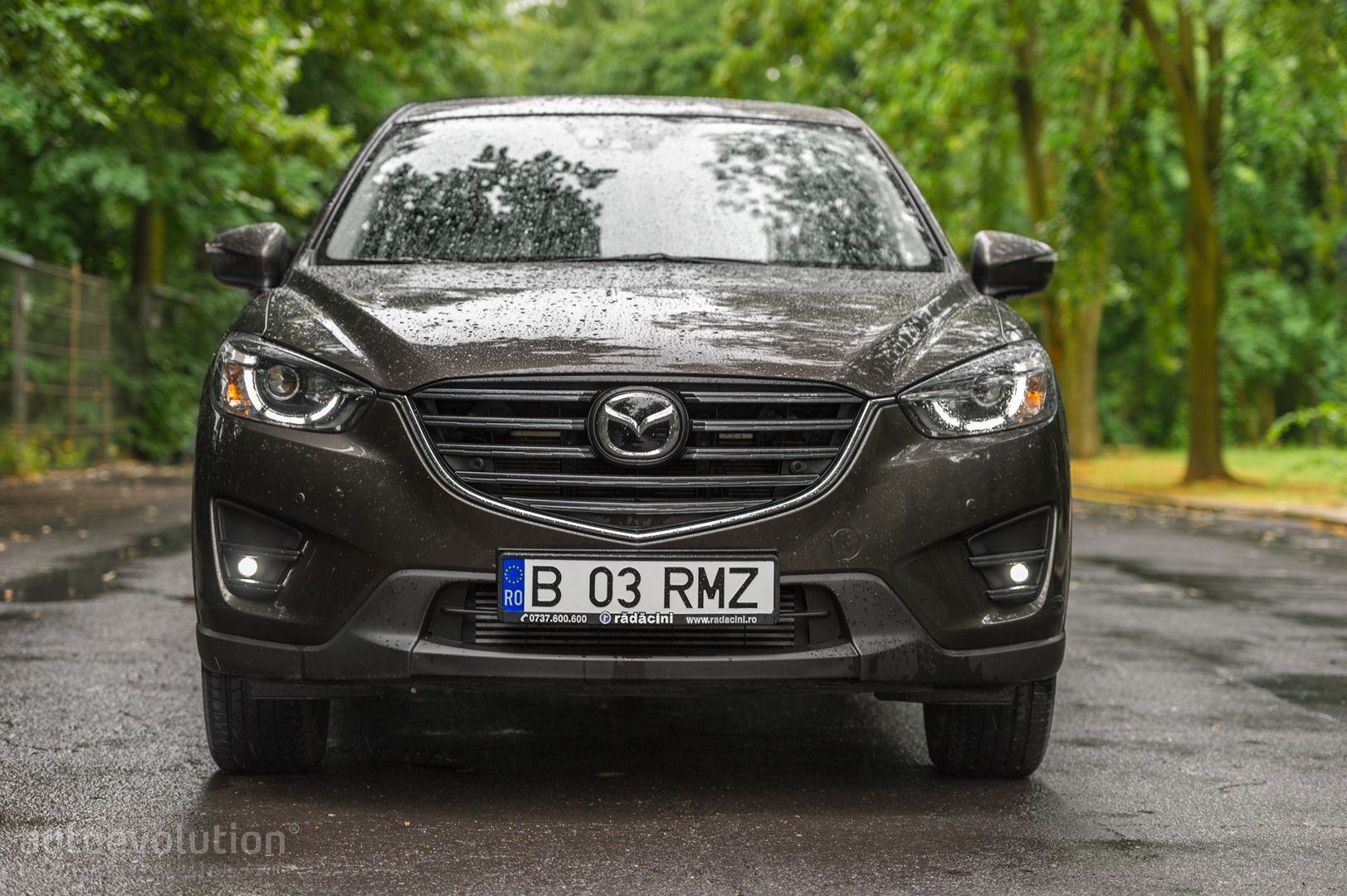 As the Mercedes-Benz GLK lost its edge (literally) when it morphed into the curvaceous GLC, Mazda didn’t choose to play it safe with the styling of the CX-5 facelift. We’re not exactly won over by the color of our test car, but its lines and proportions are a testament to the manufacturer’s boldness. Mazda is known for its off-beat take on making cars. What the company did with the rotary engines is mad in terms of engineering. The same audacity was applied to styling the 2016 Mazda CX-5 facelift. Love it or you hate it. 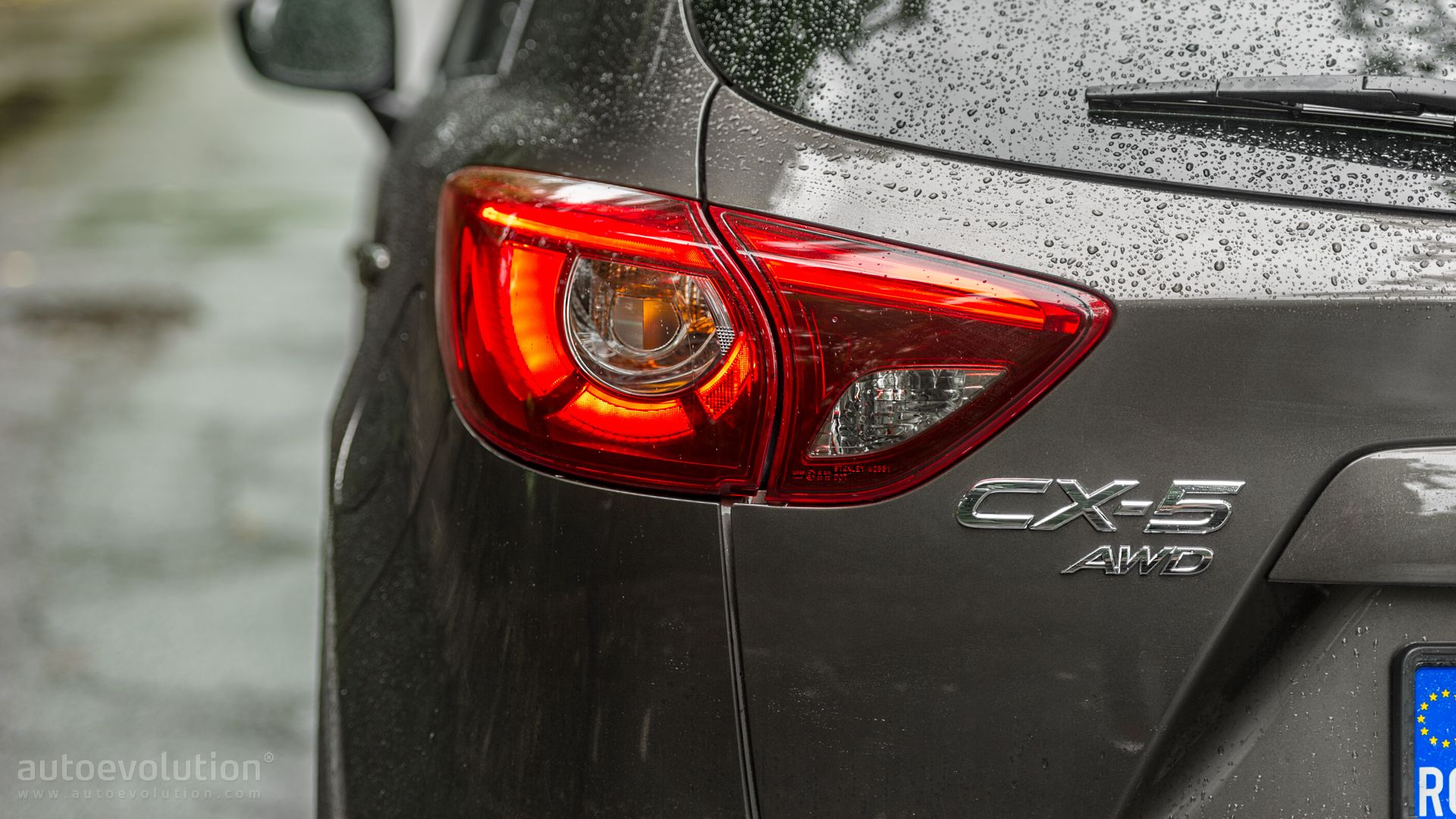 Us? It’s up there in our top three compact crossover SUV designs. At the end of the day, Mazda delivered a family-hauling crossover that’s up to snuff in terms of aesthetics. You can admire dozens of more poses the 2016 Mazda CX-5 facelift can strike in our review’s HD photo gallery.