1 Mercedes-Benz Citan Gets Reassessed by EuroNCAP

4 Euro NCAP Results Are In: 4 Star Rating for BMW's i3

The European forum for testing car safety, EuroNCAP published 11 test results today for some of the most recent cars released on the market, including the new B-Segment MPV from Nissan, Note.
1 photo
Unfortunately for the Japanese manufacturer, their new car scored below the expected levels, receiving a modest 4-star rating.The lowest grades and the ones that sunk the overall grade were recorded in the rear impact tests (whiplash), averaging 2.6 pts.

Since this is an MPV, most buyers will be concerned about their kids’ safety. As it turns out, during the tests, the EuroNCAP found that the Note scores maximum points for 1 1/2 year old infants and 3-year olds when confronted with frontal impacts. In the side impact tests results were similar. Overall, child occupant protection was rated at 82%.

Pedestrians will have their legs well protected in case of an impact, Nissan’s front fascia receiving maximum scores in this area. However, the bonnet could use some improvement as it scored poor in all areas tested, especially along the base of the windscreen, giving Note an average score of 58% in pedestrian protection.

Last, but not least, in the safety assist section, Nissan’s Note scored 70%, being fitted with an electronic stability control system (meeting Euro NCAP requirements), a seatbelt reminder for the front and a speed limitation device. You can watch some of the tests in the videos below. 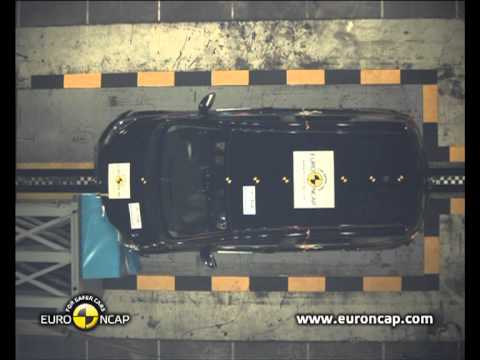