1 2012 Toyota Camry Introduced in the US [Gallery] 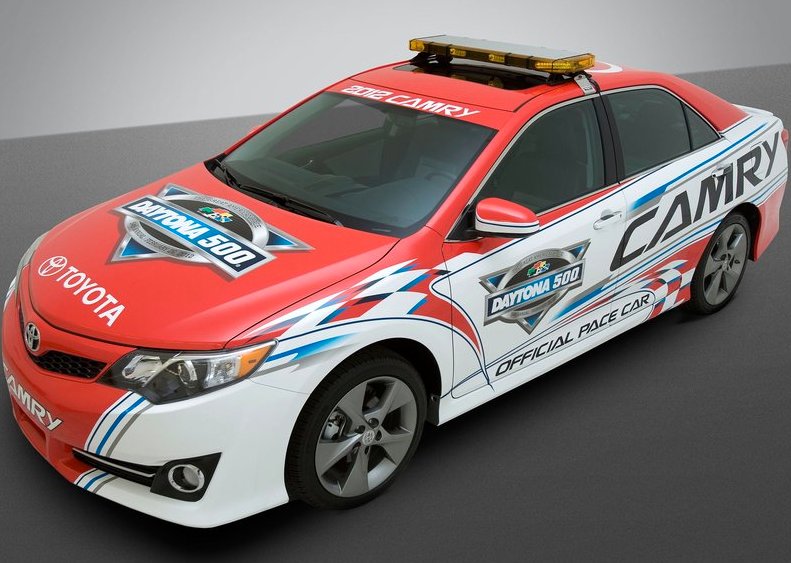 We could start off by saying “as tradition goes,” but this is definitely not the case. When speaking of American motorsports tradition nothing is goes better that NASCAR. And while foreign manufacturers have competed with Dodges, Fords and Chevys on the American tracks, only one the pace car has been foreign. The unique event happened in 1971 when a Porsche 914 has been chosen to set the pace.

But things are about to take another turn in this direction, as the 2012 Daytona 500 kicks off the Sprint Cup Series season, with the new 2012 Toyota Camry setting the pace. If we are to disregard the fact that the Toyota Camry is a foreign brand manufactured car, we could say that it is after all half American. The Camry has been built in America for many years and for the last 13 it’s been the top selling car in America.

"We're thrilled to be able to feature the new Camry in Daytona at the season's biggest race. We think the DAYTONA 500 is the perfect place to showcase the all-new Camry -- which will go on sale this fall. We knew when the opportunity arose to partner together with Daytona that it would be an extraordinary way to highlight our new Camry, as well as reinforce Toyota's commitment to NASCAR and its fans," Ed Laukes, TMS corporate manager of motorsports marketing.

This year also marks the 25th anniversary of Camry production in Georgetown, Kentucky where it has been manufactured since 1986, the model is also built in Lafayette, Indiana.