1 New MV Agusta Watch from JeanRichard
Up Next 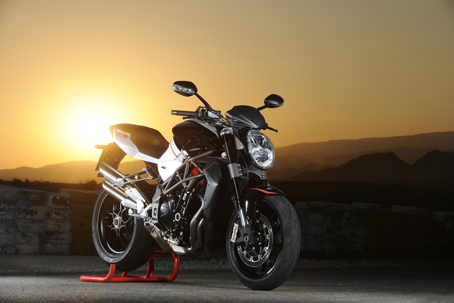 Italian motorcycle manufacturer MV Agusta has just revealed details on its highly anticipated models, namely the 2010 Brutale 990R and 1090RR. As any motorcycle enthusiast already knows, MV Agusta has created some of the most sought-after motorcycles in the world so far.

There have been 15,400 Brutale models sold globally by now since the models’ introduction in 2004, so this pretty much gives us a preview on the success that the new models are projected to have from now on.

The 2010 MV Agusta naked bikes have been unveiled for the first time at the Misano Autodromo circuit in Italy, completely reengineered, but featuring the same aggressive design of its predecessors.

The Italian company claims that the bikes are 85 percent new and come with a new rear shock (20mm more travel) and traction control fitted as standard. Moreover, they have a new seat to improve rider comfort and the motor gets a new lubrication system, new electronics and two switchable ignition maps.

"With the unveiling of the new Brutale 990R and 1090RR, MV Agusta looks forward to once again showing the world why the company continues to be one of the most respected names in the motorcycle industry," said MV Agusta Director of US Operations, Larry Ferracci, in a statement for the press.

"The launch of the new Brutale models marks a revolution for the MV Agusta brand as it moves forward producing motorcycles echoing the spirit of its Italian heritage while also demonstrating the highest quality of manufacturing," added Ferracci.