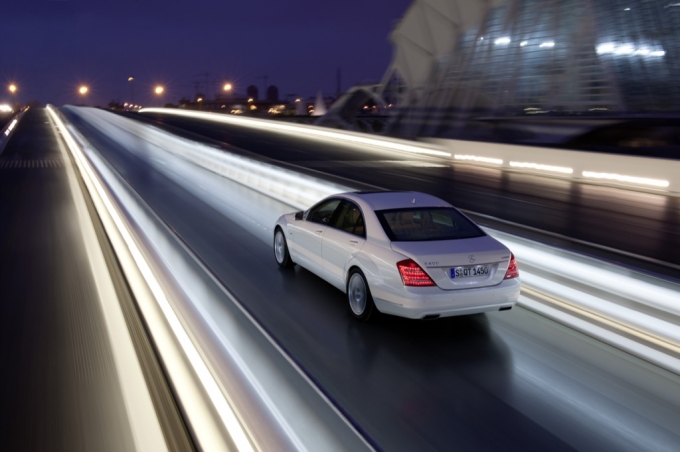 As we reported earlier this week, Mercedes Benz released the 2010 model year versions of the S Klasse, preparing for their attendance at the 2009 New York Auto Show. Staring the S400 HYBRID (based on the S350), a vehicle the manufacturer names "the world's most economical petrol-engined luxury saloon", the new S Klasse is now shown by the manufacturer in the first promotional video of the vehicle, via autotuningnews.com.

The S400 Hybrid uses a modified 3.5l petrol engine, which provides improved fuel consumption of 7.9l/100 km and a CO2 emission rate of 186g/km, the lowest figure in its class. Still, the engine doesn't lack power, as it provides 279 horsepower, while the electric motor develops 20 horsepower and a starting torque of 160 Nm. The 3.5l engine is mated to a 7G-Tronic automatic transmission, especially tweaked for the hybrid mode.

The new S Klasse, apart for the introduction of the S400, the first production vehicle to use a hybrid drive in conjunction with a lithium-ion battery, is comprised of no less than eight engines, all making use of the manufacturer's BlueEfficiency package. Benefiting from aerodynamic optimization, demand-controlled fuel pumps or fuel-efficient gearshift program (for the automatic transmission), the new E Klasse is poised to tackle both the requirements of luxury client and the demands of either environmental fanatics or emission regulation laws.

As for all luxury vehicles, prices for the new S Klasse are pretty high. The lowest amount which can be payed for a new S is 73,006 euros (for the S350 CDI BlueEFFICIENCY) and can go to as much as 155,354 euros (for the top of the line S600). These are the starting prices, every other required option adding extra to that amount.