Porsche introduced the Macan T at the beginning of 2022 as a touring version for the compact-sized crossover, placing it between the standard Macan and the Macan S.

Following the idea introduced on the 1968 Porsche 911, the T version is a package that combines performance-oriented amenities featured as standard and an attractive design. These elements were also introduced on the Macan T in 2022.

There were some subtle changes on the outside, and they were obvious for an eye keen on details. First of all, the Agate Gray Metallic elements installed on the grille and on the sides and rear of the vehicle are unique to the Macan T-version. The sport exhausts and piano-black window trims also added more stance to the German compact-sized premium SUV. From the sides, the 20” light alloy wheels seemed to fill better the wheel-wells, especially since the car had a lower ground clearance than its siblings, the Macan and the Macan S.

Inside, Porsche installed the Chrono Package as standard, which is outlined by the stopwatch placed on top of the dashboard. At the front, the eight-way electrically adjustable seats featured high bolstering to keep occupants safe during high-speed cornering.

For the technical department, Porsche installed a 2.0-liter turbocharged powerplant mated to a standard seven-speed (dual-clutch) automatic transmission. The PASM is also part of the T package. 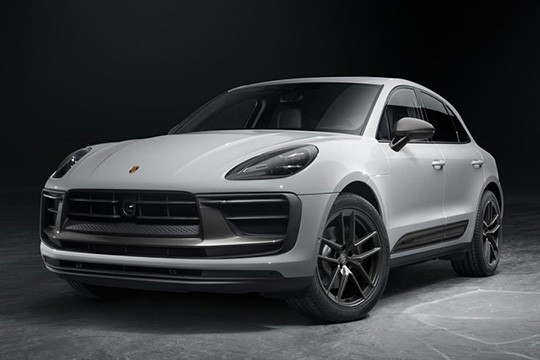