It was the solution for those who needed more room for rear passengers and a bigger trunk.

From the outside, the headlights a similar design to those found on its smaller brother, the 3008. The feline look, with swept-back LED on top of them, were a different design than most of the cross-over on the market. It wasn't a specific trend, it was Peugeot styling. While the base versions featured halogen lamps, the LED ones were on the options list or standard for specific trim-levels. The rear taillights were offered with LED as well but on an options list. While the front of the car up to the A-pillar resembled the 3008, the rear was longer and featured a 4x4-like style. The 5008 featured a longer wheelbase than its sibling.

Inside, the i-Cockpit designed by Peugeot was a comfortable feature. It allowed the driver to adjust and program the instrument cluster to offer the most needed information, either it was about the maps, the radio, or the on-board computer. There was room for five adults inside the car and that made it comfortable for families. The standard infotainment system was mounted on the center stack.

Under the hood, the 2016 model of the 5008 offered a choice of diesel and gasoline units. All versions were with front-wheel-drive only. The automatic transmission was available on selected models. 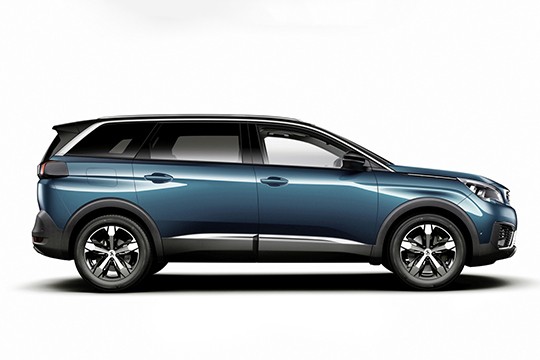