3 Peugeot 508 Getting Nip and Tuck, Facelifted Mid-Size Sedan and Wagon Spied While Testing

4 Stellantis Inks Deal To Source EV Microchips From German Tech Giant, Will It Be Enough?

Just three years after its launch, the Peugeot 208 was refreshed in 2015 featuring new engines and a new interior infotainment system. The three-door version was updated as well.

A new sharper bumper was installed, with a wider grille and a thicker chrome finisher fully integrated into the bumper. On higher trim levels, the stamped chrome finisher on the grille gives it a 3D effect. The headlights are two-tone, with black and chrome masks, and are standard from the second trim level.

Inside the refreshed 208 there is the Peugeot i-Cockpit, an innovative arrangement of the instruments and controls. A new, 7” touch screen was installed for the infotainment unit and it was standard from the second trim level. It could have been connected via Bluetooth and USB and paired even better via Peugeot Connect Apps. It also had MirrorScreen for Apple CarPlay and Android Auto.

Under the hood, Peugeot installed only Euro 6 engines. There was a wide choice of gasoline engines from 1.0-liter to 1.6-liters. The units with outputs under 110 hp were offered with a 5-speed manual transmission, while the 1.6-liter with 165 hp and 208 hp, respectively, were offered with a 6-speed manual. The 1.2-liter with 110 hp was available with a 6-speed automatic transmission. The diesel version was a 1.6-liter that came with three power levels: 68 hp, 100 hp, and 120 hp, respectively. 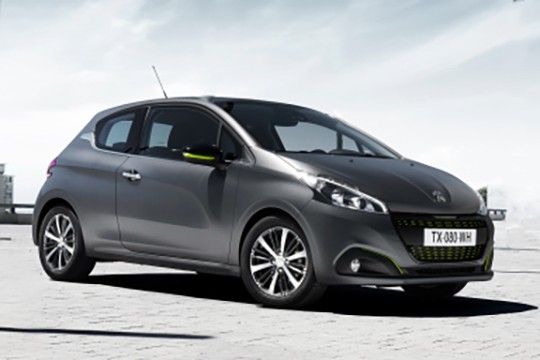