5 Morgan Drives Into 2022 on Three Wheels, Meet the Morgan Super 3

Creating a car that looks old and classic but with modern underpinning became one of Morgan's specialties, and its cars evolution continued in 2022.

The British car manufacturer Morgan does not boast hundreds of thousands in sales every year. In its entire 112 years history, this brand produced fewer vehicles than other automakers in just twelve months. But Morgan was focused on creating cars that featured a classic design inspired by '30s and '40s vehicles but fitted with modern drivetrains and technologies.

Morgan tried to differentiate the Plus Six from its smaller sibling, the Plus Four. Thus, the first noticeable difference was at the front, where the Six got two additional headlamps mounted lower, flanking the curved and tilted grille. From its profile, the valanced front fenders hosted a new set of light alloy wheels. It wasn't revolutionary at all compared to its predecessors, but despite looking similar, it was different. Another upgrade was for the folding roof that could have been easily folded back behind the cabin. Moreover, it featured a new lining that provided better sound and thermal insulation.

The cabin boasted a hand-crafted leather-wrapped interior with bolstered seats. Unlike its predecessors, the 2022 Morgan Plus Six featured a digital display placed in front of the driver. As usual for a Morgan, the speedometer and tachometer were mounted atop the center stack, flanking an analog clock. A few buttons mounted underneath controlled the HVAC. Another important feature was the addition of a locking compartment placed behind the seats. For the sound system, Morgan worked together with a Sennheiser sound specialist and managed to install speakers in the door cards.

For the drivetrain, Morgan worked together with BMW to develop the engine and transmission unit. It consisted of the famous twin-turbocharged inline-six paired with an eight-speed automatic gearbox. 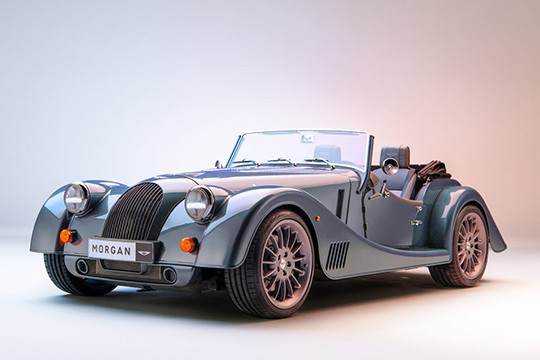