MG was set to improve its European presence and introduced the MG4 crossover EV on the market in 2022, and it was built on top of a newly developed platform.

The British brand MG had a glorious racing past, but after it was bought by SAIC, it disappeared from the European market, although it remained active in the UK. But fast forward for about two decades, and the carmaker was determined to make a comeback on the Old Continent.

It was developed on the MSP (Modular Scalable Platform) created by SAIC and thoroughly tested for more than 120,000 (74,600 miles) in its final stages before it was launched in Europe. Its crossover shape featured a sharp front fascia with an aggressive lower bumper that sported two side intakes and a lower grille needed to cool the battery pack. The elliptic-shaped, narrow headlights and the short front hood created a sporty image for the car. Yet, the hatchback shape and the sculptured door panels told a different story of a family-oriented vehicle.

Inside, the carmaker installed an unusual dashboard design, with the controller for the drivetrain mounted on a shelf-like console hanging extended from the center stack. Above it, a floating infotainment screen provided audio and navigation information, while a secondary screen in front of the driver displayed the usual driving data. The flat-bottom and flat-upper steering wheel was race-car inspired, and the high-bolstered seats gave the impression of a sports-oriented vehicle. 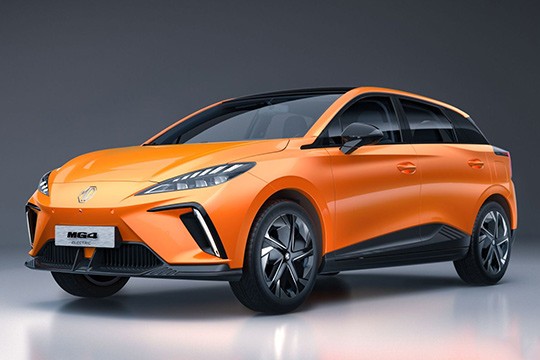