The ultimate four-seat hypercar from one of the most exotic European car-specialist was unveiled at the 2020 Geneva Motor Show.

Even though the car show itself was canceled, Christian von Koenigsegg showcased the Gemera online from the event's premises. It is the most radical vehicle built by the small Swedish company to date.

Nobody could expect a 2.0-liter, three-cylinder engine to produce 600 hp. And yet, the Gemera has one. And it is a revolutionary one, without valves. It doesn't run on gasoline but on methane. It is also aided by three electric motors. The total power output for this assembly is 1700 hp.

The technology doesn't stop here, though. The all-wheel-drive, all-wheel-steering and all-wheel-vectoring hypercar can go up to 300 kph only in electric mode. The electric-only range is 50 km (31 miles).

The interior is as surprising as the exterior. It has no less than eight cupholders (one for cold and one for hot beverages). It is something that not even your minivan offers and the Gemera has it. It also has two huge doors that are opened upwards so the rear passengers could just climb in, without moving the front seats forward.

And, the most surprising fact is that the Gemera is the first hypercar with four real seats on the planet. And, maybe, the next one will be also a Koenigsegg. This is the only brand who doesn't ask anyone's approval to build a new crazy, exclusive, vehicle. Only 300 units will be built. 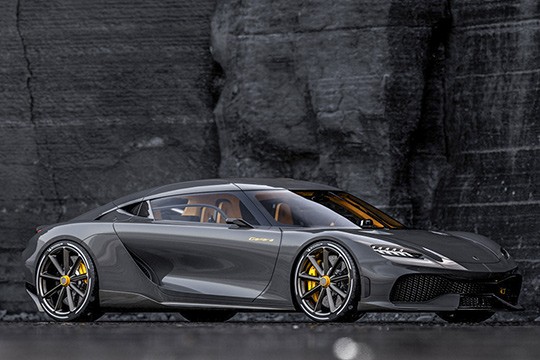