Ford introduced the fourth generation of the Focus compact lineup in 2018 but didn't wait too much until it refreshed it in 2020 for the 2021 model-year.

The Focus started as a global car in 1998 and has evolved ever since. For 2018 model, it offered a completely new design, which was kept for the 2021 facelift. Although there were a few styling updates that made it look different.

A slight upgrade was noticeable at the hood, which received a taller front grille, making room for a higher "nose." Also, the blue-oval badge was relocated and placed in front of the radiator instead. An important upgrade was for the headlights, which were LED for the entire range. It marked a big step forward to modern-era cars. The daytime running light pattern was moved inside the headlamps and encircled the darker central section. Like its predecessors, the 2021 Focus was available in a few body shapes. The five-door hatchback was among the most popular choice. It featured a sloped tailgate with a roof spoiler. Its landscape-oriented taillights emerged from the quarter panels onto the tailgate, under the rear window.

For the interior, Ford focused on the technology department and installed the SYNC 4 infotainment system. It features a new 12.3" touchscreen placed atop the center stack. Unlike other carmakers in the compact, mass-market segment, it provided more features, including voice commands not just for accepting calls but also for navigation and controlling the audio and climate control systems.

For the drivetrain, Ford introduced hybrid and mild-hybrid versions powered by the 1.0-liter turbocharged Ecoboost engines. Thanks to its 48-volt architecture, the car increased its fuel efficiency and lowered its CO2 emissions. In addition, a belt-driven integrated starter-generator helped reduce the turbo-lag. 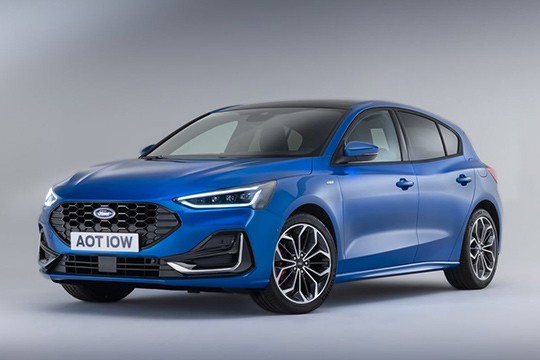