In 1997, Daihatsu refreshed the Applause and dropped the carburetor engine while improving the car's look.

Despite its efforts to offer an affordable, dependable, comfortable vehicle, Daihatsu was forced to admit that the Applause was not doing well on the market. In Europe, its main competitors from France, Germany, and Italy had an edge, and the customers were reluctant to spend their money on the Applause. In 1997, the carmaker tried a final refresh for the seven-year-old small-segment vehicle.

Daihatsu updated the car's look and installed bigger bumpers both front and rear, increasing the vehicle's length. The front fascia was adorned by a chromed surrounding for the grille, but the headlights kept their original shape. Its front bumper sported a lower apron with another air intake and two side scoops. To complement the front turn signals, Daihatsu installed two additional side lamps on the front fenders. At the back, depending on the trim level, the carmaker added chromed rims around the redesigned taillights.

For the interior, better upholstery fixed a part of the problem while the sunroof and the four power windows offered as an option should have brought more customers, but the result was not the expected one.

Under the hood, Daihatsu kept the 1.6-liter, fuel-injected engine, which was paired with a five-speed manual or, as an option, a four-speed automatic. 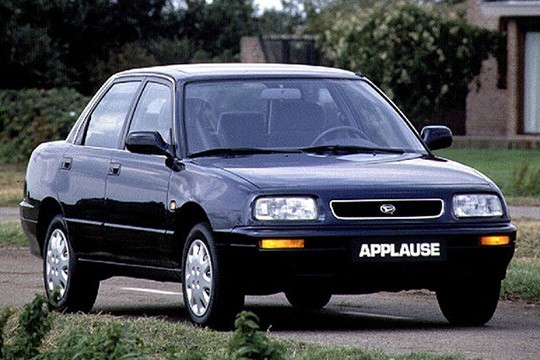