BMW introduced the second generation of the M2 nameplate in the fall of 2022, which was more than some expected.

Following its predecessor recipe, the 2022 M2 featured a heart of an M3/M4 stuck in the body of the smaller, nimbler, 2-Series bodywork. Only this time, it was slightly on par in terms of performance with its bigger siblings than its predecessor. Compared with the 2015 M2, it gained 90 more ponies under the hood but was also heavier.

The German carmaker extensively modified the car's exterior compared with its non-M siblings. At the front, the grille was blacked out and more angular. In addition, the front bumper featured squared side scoops and a rectangular center air intake. On the other hand, the flared fenders, both front, and rear, gave the car a muscular appearance. Finally, at the back, the automaker also appealed to the same squared design for the lower bumper and a series of angular cuts and lines, which were unusual for an M-badged Bimmer. Finally, the trunk incorporated a duck-tail that evoked the glorious E46 M3 CSL.

Inside, the dashboard's design was mainly similar to the one offered as an option in the 2-Series Coupe. It sported a pair of screens covered by the same piece of glass and gave the impression of a single unit. Yet, the instrument panel was separated by the touchscreen installed atop the center stack. In addition, the performance-oriented interior was emphasized by the sports bucket seats with integrated headrests and high-bolstered areas.

Under the hood, the automaker relied on the same turbocharged straight-six powerplant available for the M3 and M4. Yet, it didn't provide the same power as its bigger siblings. Moreover, it was not available with an all-wheel-drive system, like its lesser-powered 240i xDrive. But, it was offered with either a six-speed manual or an eight-speed automatic gearbox. 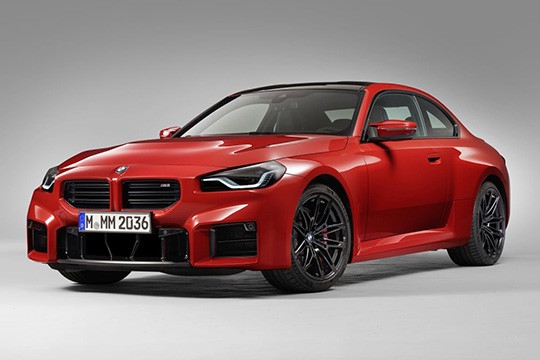