How many one hundred-year-olds that go racing and set fashion trends do you know? We weren’t quite sure what to answer either, but then we remembered: Aston Martin. The brits are celebrating their centenary this year. And before we could send them any present, they built one for themselves - the 2014 Aston Martin Vanquish.

Aston treated itself with a new flagship for its 100th birthday and they’re pretty proud of it. They’ve spared us of reading pages and pages about the new Vanquish, they’ve went for something a bit more subtle than that - the Brits are calling the 2014 Vanquish “the best Aston Martin ever”. Oh and they’re also explaining that this is not a Grand Tourer, it’s a “Super Grand Tourer”.

Now that’s one birthday you don’t want to miss. We weren’t quite sure how to dress for the occasion, so we figured some fireproof underwear and a dinner jacket would do the job.

As we were getting dressed, we remembered that the old Vanquish was the fastest road-going car in Aston Martin’s history until earlier this year, when the V12 Vantage S snapped the title.

Aside from benefiting of such genes, the 2014 Vanquish has also learned a few moves from Aston’s halo car, the One-77. Now that this is sold out, they had no problem in lending some of its tricks to the new Vanquish.

As we reached the parking lot, we were determined to head off for those mountains that awaited at the other end of the trip. However, one does not simply start a Vanquish. Oh no. Aston demands us to perform its ritual.

We slide the harmonious key into the dashboard and then touch the dedicated crystal button. Now about that long and winding road...

The genes. This is what makes the 2014 Aston Martin Vanquish shine long before you get close to the thing. The phallic front end, that hyper-defined waist line and the muscular rear end are sure to lure you in from hundreds of yards away.

However, as you get close, you’ll notice that the Vanquish takes all these traditional Aston elements and gives them a bit of an extra edge. You can recognize various visual treats form the Aston Martin One-77, as well as from other current Astons, but the 2014 Vanquish doesn’t just mix these, it brings a touch of personality,

The Aston Martin Vantage comes with a carbon body and the car is not afraid to show it. The car basically has an aura of exposed carbon placed on its lower side. The front splitter, the angled side skirt and the rear diffuser, they’re all a preview for what’s hiding under the paint of the other panels.

Last time we saw a similar scheme we were driving the Lamborghini Gallardo Super Trofeo Stradale. However, the Italian looks like it’s put on a carbon armor, while the Vanquish convinces you that it was born with these elements. The Aston manages to do a far better integration. After all, it’s got a much higher concentration of carbon than the Lamborghini.

The front fascia impresses with the way in which it mixes aggression with the elegance required by the Vanquish’ GT position. However, as your eyes move further along the car, you’ll notice a group of rebels that’s trying to push the styling towards the more extreme spectrum. We’re talking about the vents on the bonnet or that naughty arch of the roof.

Nevertheless, we found ourselves more focused on a particular side of the 2014 Aston Martin Vanquish - its rear end. Of course, the One-77-inspired LED headlights are the first to catch the eye. Who wouldn’t want to spend minutes and minutes beholding what appears to be a bird spreading its wings?

North of the artistic headlights, we find a deep form of aerodynamics. Literally. The designers came up with what they call and Aero Duct. Basically, this is a more elaborated passive element that prevents lift at the back when you get up to speed. An Aston Martin craftsman spends two days working on this carbon fiber masterpiece.

And there’s more - the rear apron houses a complex diffuser. This uses a generous size in order to do its job properly without having to turn to aggressive fins that would spoil the flowing lines of the car.

We grab the handle and the door open a bit upwards, in the typical Aston style. We are treated with a strong contrast from the very entrance - the metallic door entry sills and the quilted leather on our tested go together in a wonderful steampunk fashion.

When it came to the interior, the 2014 Vanquish once again turned to its One-77 big brother for inspiration. Many styling cues from Aston’s halo model can be found here, albeit most of them in a reinterpreted form. Once again, you are treated with nicely flowing forms. However, the Aston Martin Vanquish’s cabin is a place of mixed emotions.

The driving position gently whispers “GT” in your ear and you’ll be able to use the car for hours and hours thanks to the comfortable interior. The steering wheel is a real treat. Its shape reminds us of Aston’s racing and it’s also got superb ergonomics. Among others, you find the buttons that control the suspension and the powertrain modes here.

There’s plenty of space up front, much more than on the DBS the Vanquish replaces. However, don’t believe the sticker on the door. This says we’ve got two seats up front and two in the back. Well, the ones behind us are only good for imaginary friends, as real people can’t fit in there. Even if they did, the rock-hard seat backs would probably scare them away. This is the 2014 Aston Martin Vanquish’s optional 2+2 seating package. You can also have a more honest setup, a 2+0 one.

We loved the fascia trim that covers the entire center console. What’s more, the glass buttons that occupy it come with haptic feedback, so you feel like using a smartphone.

Alas, some of the switchgear is really starting to show its age. This is also the problem with the infotainment screen. The display is of mediocre size and its think mount reminds us of the 2000s. When you’re paying this much for a car, such elements can make you go crazy.

Nevertheless, the 2014 Aston Martin Vanquish backs up its Grand Tourer status with a boot that measures 13 cubic feet (368 liters). That’s not just 60 percent more than what the replaced DBS had to offer, but it also tops the Ferrari F12 Berlinetta’s 11.3 cubic feet (320 liters).

Speaking of the F12, it’s not all that easy to compare the cabins of the two. Ferrari also has its “not good enough for the money” issues, but these seem a bit smaller than in the Aston. The Italian felt a bit roomier, but the Aston takes the cake for visual drama.

We wonder why Aston Martin doesn’t list the “Road Sign Recognition” feature for the Vanquish - our tester seemed to be fitted with prototype version of the tech. The system can only read one or two signs, but boy, does it know how to react. Present it with a “twisty road ahead” or “no restrictions whatsoever” and the Aston Martin Vanquish will deliver quite some thrills.

Nevertheless, none of these could be found inside the city, where we started our drive. Presented with heavy traffic, the Aston Martin Vanquish doesn’t complain all that much.

When you’re idling in a queue the V12 pays his respects to the lost time using its exhaust burble. This is a deep sound, a pleasure we’ve been lusting for ever since we’ve driven the Mercedes SLS AMG Roadster. However, while Affalterbach’s V8 emits a low-pace soundtrack, the V12 in the Aston rushes its own repetitive cycle.

The V12 unit doesn’t seem to want to commit suicide when asked to perform in city traffic. As for the six-speed automatic, this copes with the repeated changes rather well.

However, the hydraulic steering, visibility and ground clearance quickly remind you of your main task here - to find the nearest city exit.

Given the GT atmosphere in here, we wouldn’t have expected the suspension to be so talkative, but it is. We can feel everything that goes on between the Pirelli P Zeros and the road underneath us right now. Nothing to worry about for GT drivers though, you’ve got three settings to choose from and “Normal” serves cruising purposes just fine.

“Sport” isn’t uncomfortable either and this is the setup we’ve found ourselves most often in. The Vanquish manages to keep both ride and handling in check. At the limit, there’s a bit of body roll, but it’s best to stop short of getting there anyway.

The 2014 Vanquish is best enjoyed when driven up to nine tenths. If you do this, the GT character of this Aston will show itself. It’s nice to see the performance being wrapped in such a refined package. The car is not particularly demanding to drive if you don’t push it, so you can easily cover a lot of ground fast.

Alas, if you take it past this point you’ll find that the 2014 Vanquish leaves you wanting some more. The figures alone are enough to understand. In this league, 4.1 seconds to 62 mph and a top speed of 183 mph (295 km/h) won’t win anything these days.

Sure, you’ve got the beautiful natural aspiration, but this also means that the acceleration will never surprise you. This thing is fast, but it just lacks that “end of the world” feeling.

The powertrain also comes with the three aforementioned modes. Once again, we recommend “Sport”. This wakes up the exhaust, which is pretty silent on “Normal” and it gives that V12 just the edge it needs to keep you entertained.

The voice of the thing is simply from another planet and we’re pretty sure some of the cars will be bought thanks to this alone. No matter how little throttle you feed it, the V12 proves extremely smooth and responsive. Push the thing hard and it will climb to almost 7,000 rpm. Watch out though, your guardian angel is busy singing the harp in the exhaust at this point, so you’re on your own.

Now that you’ve reached this point of the rev counter, it’s time to shift. You’ll find the six-speed automatic as “OK and nothing more” - compared to the dual-clutches that have taken over the market nowadays, it doesn’t lack refinement, but it can’t keep up with them when it comes to swiftness. The magnesium paddles are a nice treat though.

One or more extra cogs would’ve been nice for boosting efficiency, but, as a driver, you don’t necessarily feel their absence.

We’re entering a high-speed right hander now and the chassis is beautifully balanced. You can really feel the effect of all the changes they’ve made to the architecture. Once again, if you take things to the limit, the car doesn’t feel all that easy to handle. You can powerslide the thing, but we would’ve wished fora more easily achievable sideways performance.

The same can be said about the steering - the hydraulic setup ensures a nice feel, but this still lacks the “oh God!” feeling of a Lamborghini steering, for example.

By the way, there’s a limited slip diff underneath us, but this doesn’t include any electronic tricks. Unlike this, the brakes are as modern as can be. The third-gen Brembo carbon ceramics offer supple modulation and boost your confidence with their stopping power.
Next page
12
82user rating 63 votes
Rate this car! 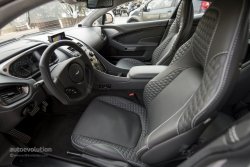 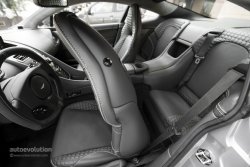 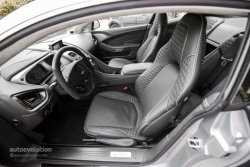 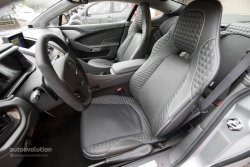 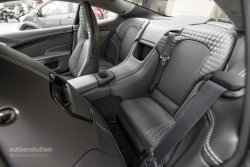 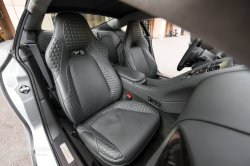 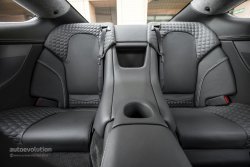 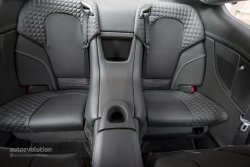 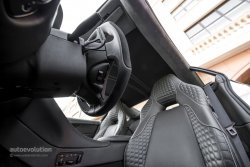 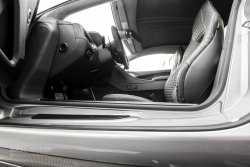 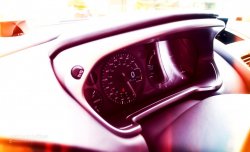 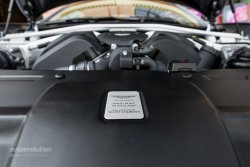 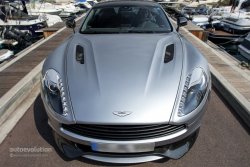 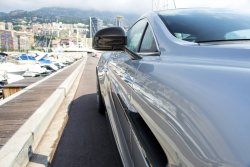 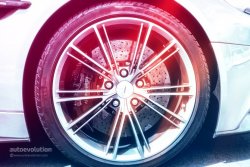 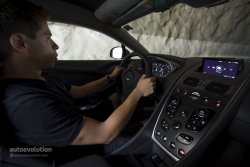