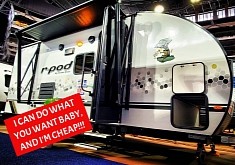 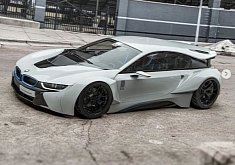 30 Dec 2016, 11:58 UTC · By: Vlad Mitrache / Even though the financial situation of Jia Yueting's main company, LeEco, is far from being clear, work on the expensive facility has begun

30 Dec 2016, 09:06 UTC · By: Sebastian Toma / Faraday Future, the Chinese-funded electric vehicle start-up, has reportedly lost its acting CEO. However, it never had an "official" CEO in the first place

Jia Yueting Allegedly Comes Out of the Shadow, Takes Control of Faraday Future

23 Dec 2016, 19:27 UTC · By: Vlad Mitrache / The Chinese billionaire of LeEco fame has always been known to back Faraday Future financially, but it seems now he started doing more than that

7 Nov 2016, 17:08 UTC · By: Vlad Mitrache / Being backed by a Chinese billionaire isn't everything, it turns out, as LeEco hits a financial crisis that could spell the end for some of its projects

LeEco Debuts on the US Market with Grand Event, Doesn't Bring the Car

20 Oct 2016, 13:10 UTC · By: Vlad Mitrache / Chinese tech company LeEco launched its products on the US market, but somehow managed to come without the most important one: the LeSee autonomous EV

20 Apr 2016, 20:54 UTC · By: Vlad Mitrache / With GM focusing on making an affordable EV and the premium brands lagging behind, the oddly-named LeSEE could be the first real Tesla rival