LeEco Debuts on the US Market with Grand Event, Doesn't Bring the Car

Home > News > Industry
Vlad Mitrache
Keeping up with all the new companies that plan to release autonomous electric cars is getting more and more difficult, but with a name like LeEco, this Chinese venture is hard to forget.
5 photos

LeEco is quite big in China, but the brand hasn't really breached any other foreign markets - at least not very important ones. That looks about to change very soon judging by the grandiose event it organized yesterday in San Francisco.

The location wasn't chosen at random: it's a bold statement made toward all the Silicon Valley-based companies (Tesla, Goole, to name a few) that there's a new player in town. Unfortunately for LeEco, things didn't exactly go down as planned last night.

The company's founder and chairman Jia Yueting came running down the runway with a fake smile on his face. Using a translator, he told the 1,700-strong crowd that “It shouldn't be me running out here, we didn't have any other choice.” He then explained that “what we wanted is me in the car, and the autonomous car drives me out,” Tech Crunch reports.

Not a very good translator, it would seem, but that wasn't the main issue of the night. That title would have to go to the car's absence. The LeSee Pro did have an absolutely valid excuse for missing the presentation: it didn't have enough time to make it from London where it was used for filming the fifth movie in the Transformers series.

To avoid having an empty stage, the Chinese company brought the LeSee concept which had already been unveiled back in April in Beijing. Apart from the design, though, not much is known about LeEco's car other that it claims to have advanced autonomous abilities and best-in-class connectivity.

Even though the LeSee Pro would have arguably been the highlight of the evening, LeEco's event introduced other devices as well, ranging from 4K TVs to VR headsets, and from mobile devices to electric bikes. The Chinese company plans to release its smartphones and television products on November 2, but there's no word on when it plans to do the same with the LeSee Pro. 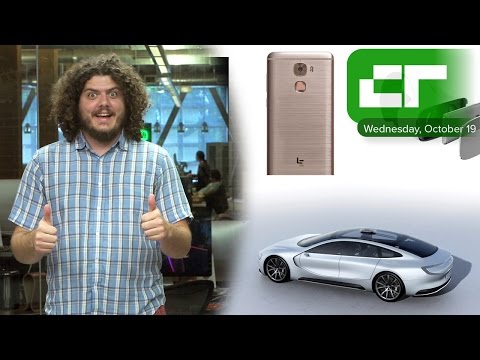