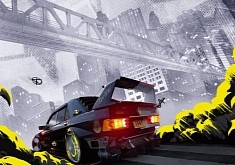 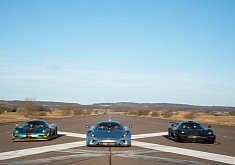 The Moment When Koenigsegg's Range Hits the Track: Regera vs. One:1 vs. Agera RS

Gang of Thieves Storm Michigan Dealership, Drive Off With 13 Vehicles

16 Nov 2022, 17:09 UTC · By: Cristian Agatie / A gang of about 30 thieves stole 13 vehicles from a vehicle lot in Flint after firing at an armed security guard. Police recovered only seven of them

11 Nov 2022, 14:09 UTC · By: Cristian Agatie / A Tesla camera footage shows brazen thieves stealing a wheel from a Chevrolet Corvette in less than sixty seconds, but they make a stupid mistake

1 Oct 2022, 10:17 UTC · By: Cristian Agatie / After a raft of class-action lawsuits was filed in 14 states by owners of cars vulnerable to thieves, Hyundai is now offering a $170 aftermarket security kit

26 Sep 2022, 10:13 UTC · By: Cristian Agatie / The IIHS-HLDI has acknowledged the high-theft rate among Hyundai and Kia vehicles, but the Dodge Charger SRT is the most stolen new vehicle

24 Sep 2022, 11:12 UTC · By: Cristian Agatie / Stealing a Hyundai or a Kia vehicle is quite easy due to the lack of an immobilizer, which is why both companies face class-action lawsuits over this mistake

13 Sep 2022, 09:08 UTC · By: Cristian Agatie / Two 19-year-olds tried to steal Chevrolet Camaros from the Lansing GM plant, but they both crashed their stolen cars during the chase that ensued

11 Sep 2022, 14:21 UTC · By: Codrin Spiridon / A 2010 Hyundai Veracruz catalytic converter was stolen from dealership parking lot in Ontario and it's not the first case to happen on the dealership's property

New Keyfob Vulnerability Means Thieves Can Steal a Car in Seconds, No Vehicle Is Safe

24 Aug 2022, 12:34 UTC · By: Cristian Agatie / Carmakers have relied on rolling codes to secure vehicles’ remote access systems, but a newly-discovered vulnerability shows that the system is deeply flawed

Car Thief Tries To Flee Police Through a Metro Station, Gets Stuck on the Stairs

24 Aug 2022, 10:15 UTC · By: Cristian Agatie / A car thief fleeing the police tried to escape by going through a metro station in Madrid but got the car stuck while driving up the stairs

20 Aug 2022, 10:25 UTC · By: Cristian Agatie / Security camera footage shows a thief stealing at least five vehicles from a dealer lot in the Dearborn area in a few minutes of “activity”

14 Aug 2022, 20:17 UTC · By: Bogdan Popa / A new rather unusual approach is being used by a mysterious car thief in the U.S., as they’re asking their potential targets for donations

3 Aug 2022, 10:03 UTC · By: Cristian Agatie / Ontario Provincial Police operation led to the arrest of 28 people involved in car theft, including state employees, and the recovery of 214 stolen vehicles

16 Jun 2022, 06:12 UTC · By: Humphrey Bwayo / The 24-year-old suspect has been charged with burglary and unlawful use of an automobile. She will be charged in court next month

14 Jun 2022, 11:14 UTC · By: Benny Kirk / According to reports, New York City Detective Maureen Stefanelli, a member of the city's auto crime division, devised an idea to try and end this nasty trend

NYPD Reports Another Massive Rise in Vehicle Theft, Surprises Nobody

13 May 2022, 16:21 UTC · By: Cristian Agatie / Ford has filed a patent for a system able to prevent vehicle key fob relay attacks by using a new authentication system which makes a thief’s job a lot harder

9 May 2022, 08:37 UTC · By: Cristian Agatie / Car thieves have broken into GM's Lansing plant and stole several Chevy Camaros, police recovered five of them after a wild chase

6 Apr 2022, 09:31 UTC · By: Humphrey Bwayo / According to Canadian authorities, a car gets stolen in the country every six minutes. Most of these cars find their way into the west African car market