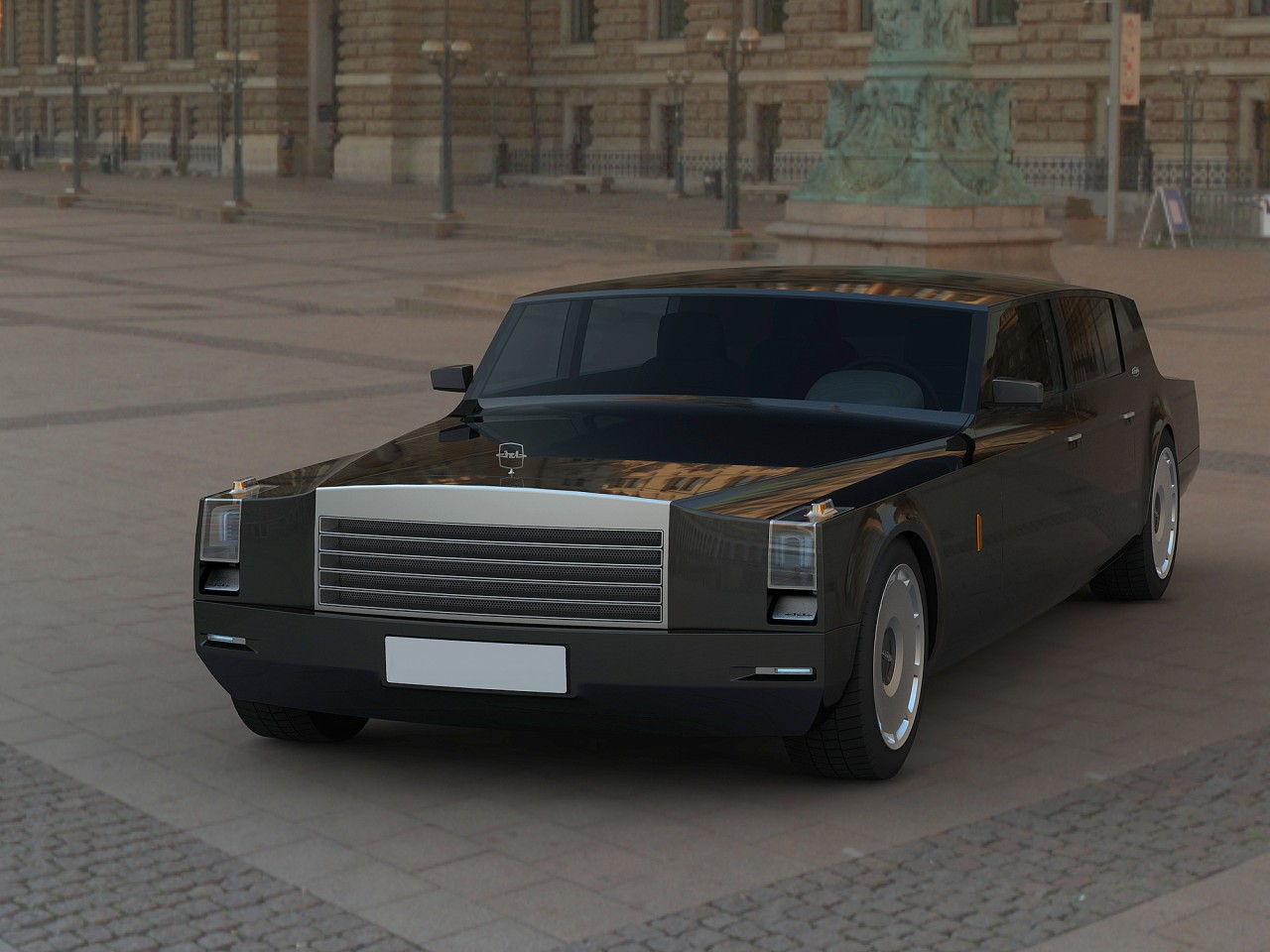 Zavod imeni Likhachova (literally "Factory named after Likhachov", although better know as ZiL) is a Russian manufacturer of heavy equipment and armored vehicles like tanks or amphibious transporters, but is also responsible with the production of armored luxury automobiles for Russian diplomats.

Despite the fact that ZiL passenger cars are priced at the equivalent of models from Maybach and Rolls-Royce, they are largely unknown outside the former Soviet Union and production rarely exceeds a dozen per year.

In cooperation with the Russian government and a third party design studio, the company has just uncovered a new presidential limousine concept that will probably replace the Mercedes S-Class stretch in Dmitri Medvedev's fleet. At first sight, the ZiL Concept, as the designers at the slava'saakyan design studio called it, looks rather obnoxious.

The Concept has no rear window and features sharp edges and corners in an uncommon fashion for the 21st century, but similar in shape and size to American cars of the 1970's. Former ZiL designer Slava Saakyan said he did not try to make the car overly beautiful, although judging by its length, wheel size and other opulent features, he did attempt to make a fairly distinct and noble automobile.

Security, comfort, simplicity and contemporaneity are key qualities of the car that will give its design longevity. The limousine also has to be an expression of its origins and reflect Russian values: sumptuousness and reliability.

The Russian government will decide if they stick to the design proposed by former ZiL designer Slava Saakyan and put the car into production.