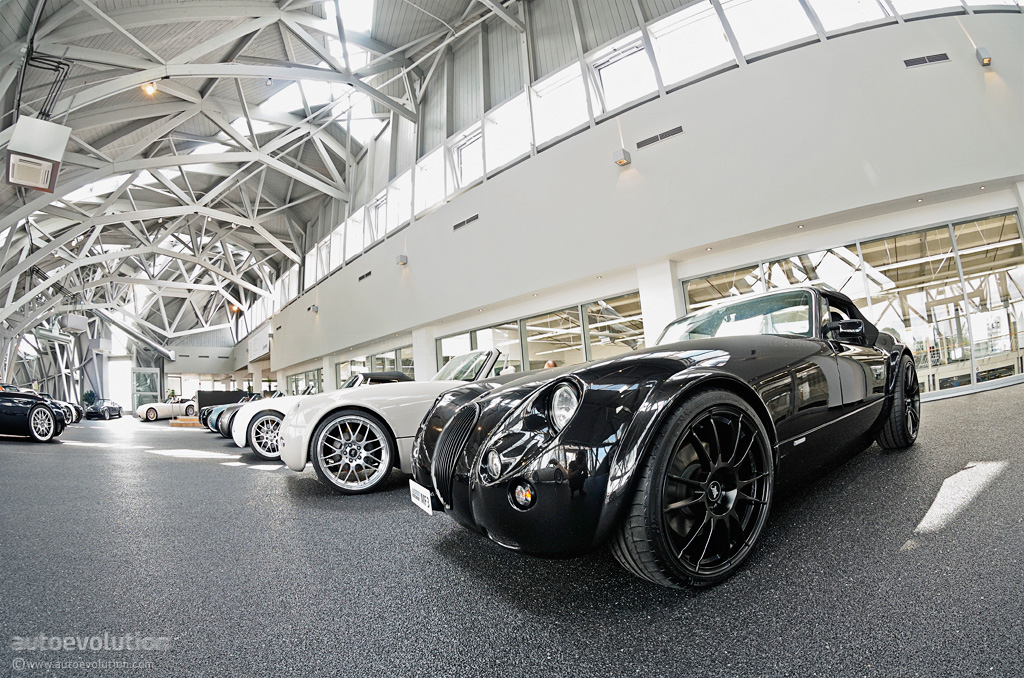 If any of you remember, about a month ago an autoevolution team was relocated for a couple of days in the Westphalia region of Northern Germany. The main reason for us being there was actually visiting the world's largest tuner, but considering Brabus isn't the only provider of four-wheeled eye-candy in the area, we decided to snoop around a different local attraction as well.

By "local" we mean about 60 kilometers away from the Brabus headquarters, and by "attraction" we're talking about one of the gnarliest sports car manufacturers in Germany. Based in the Wesphalian town of Dülmen, Wiesmann is a car company mostly known for its hand made, BMW-engined and retro-styled roadsters and coupes.

As soon as the harebrained GPS from our rental Honda announced we had reached Dülmen, we began looking around for one of the silliest-looking buildings we had ever seen. As most of you know, Wiesmann's logo is represented by a gecko, symbolizing how their cars stick to the road like the aforementioned lizard.

Not everybody knows that since 2008, Wiesmann's headquarters are actually shaped like a giant gecko, thus taking the whole "sticky lizard/cars" allegory to a whole new level. The actual gecko that rises on top of the Wiesmann manufacturing facility is no less than 110 meters long, approximately 15 meters tall and is completely made out of wood.

"Inside" the lizard there's a showroom comprising of 30-something cars, while almost directly under its belly you can find the actual car factory, viewable from the showroom via some glass panels. "Impressive" would be too less of a word to describe the whole establishment from an architectural point of view. 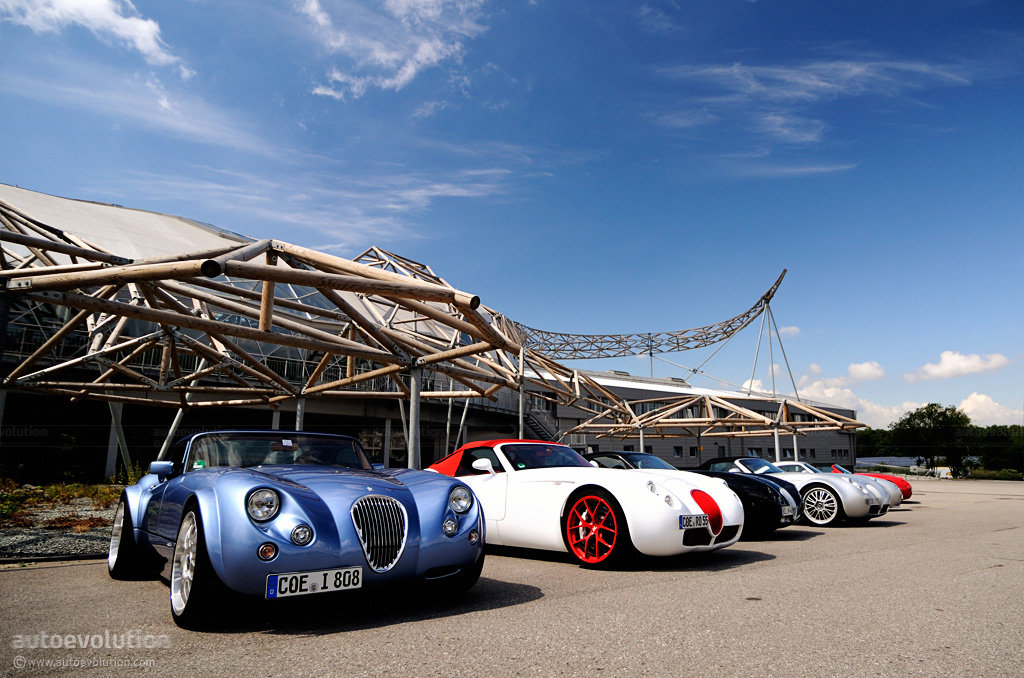 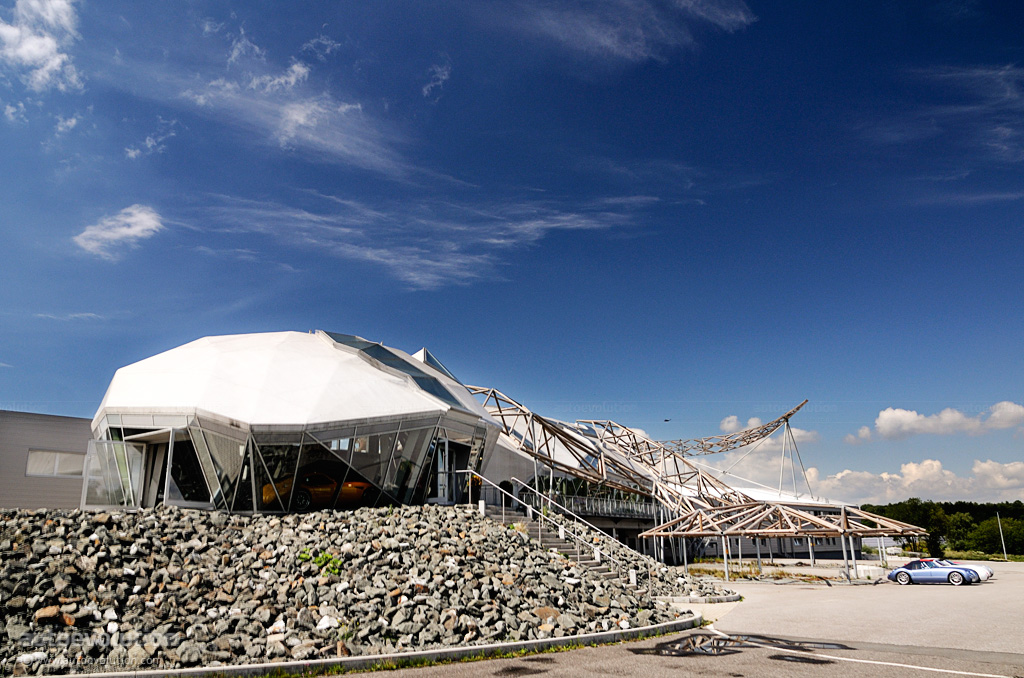 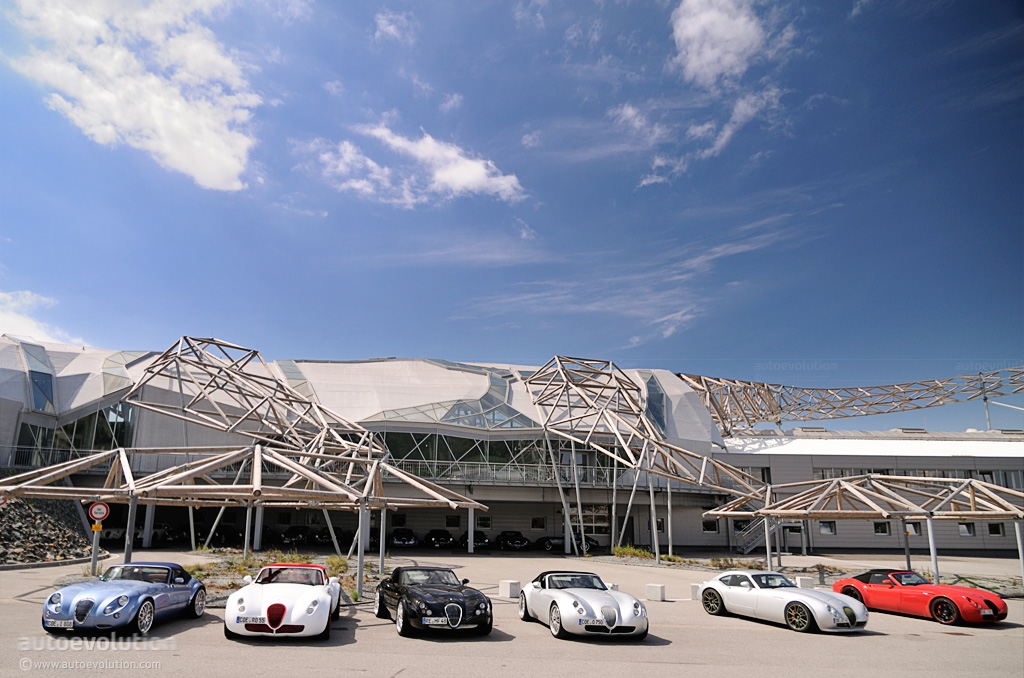 The showroom's floor is curved upwards in a convex shape, so you actually have to do a bit of soft-climbing upon entering the "belly of the beast". Thanks to the Wiesmann brothers' infatuation with geckos, the floor is covered with a special sticky material, making you feel like a bipedal version of the cold-blooded reptile.

Inside the showroom you can find different versions of every car in the current model range, a bunch of second-hand ones, but also the most expensive Wiesmann in the world. We're not sure about the actual price if it were to be ever auctioned, but considering it is the first complete Wiesmann car, it could fetch quite a hefty amount of money. 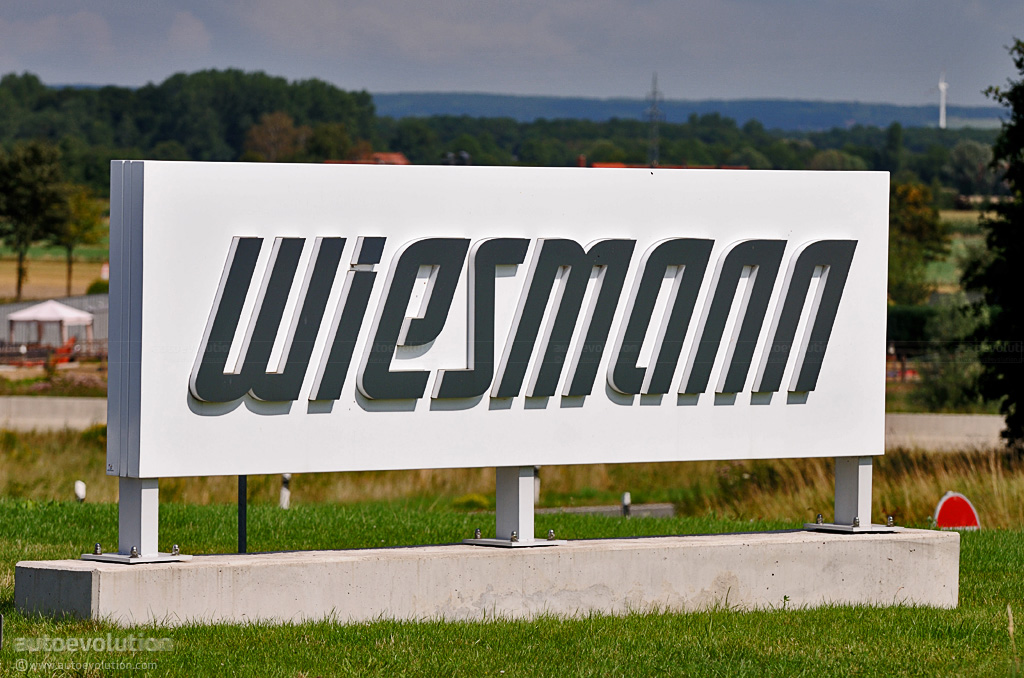 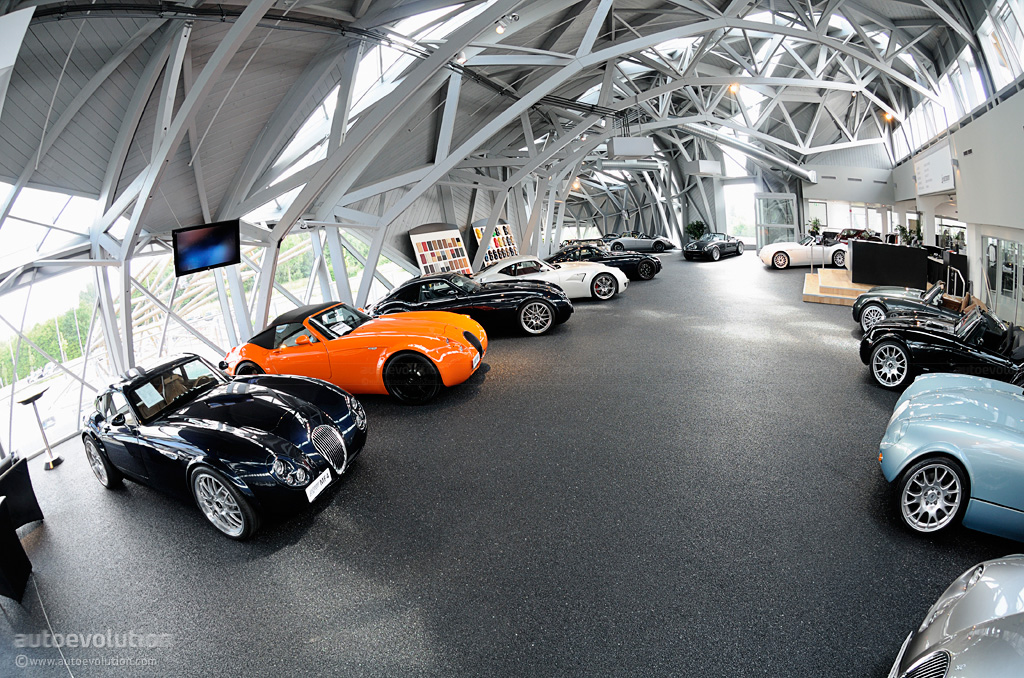 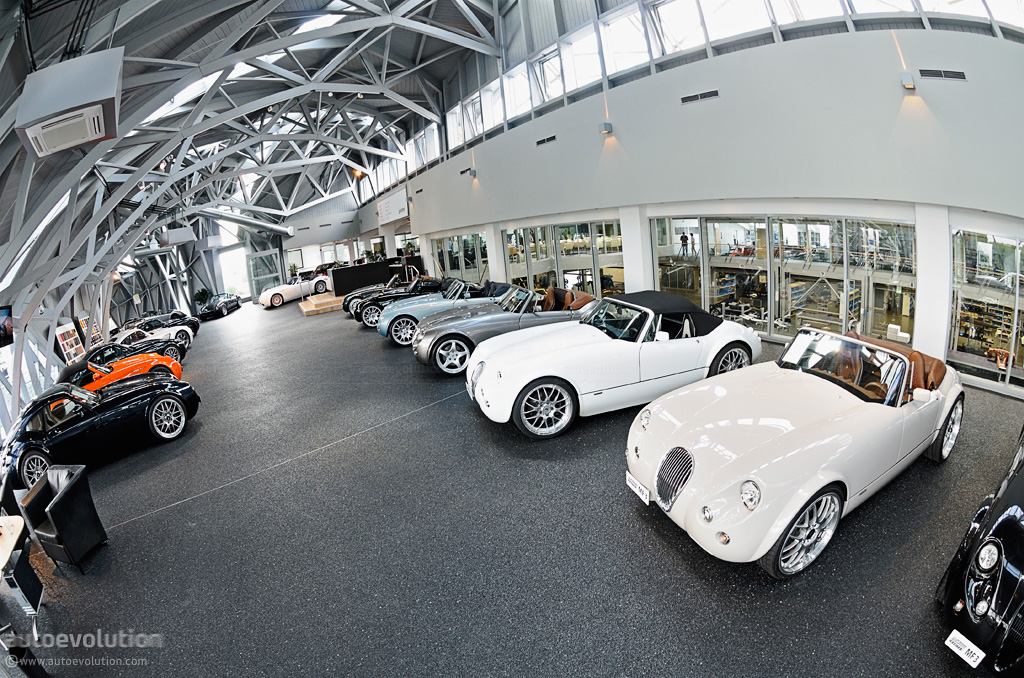 Let's start with a bit of history for the non-connoisseurs out there first. Wiesmann was established in 1985, following a lifelong dream of two German brothers: Martin Wiesmann and Friedhelm Wiesmann. Their passion for old-school sports cars led them to try and develop their own version of what a perfect roadster should look and feel like.

Inspired by a visit to the 1985 Essen Motor Show, they realized that the car they wanted to make had to have exactly what the mainstream manufacturers lacked: passion. This was only possible with a retro design and manual labour, things which are still part of the brand's DNA twenty five years later.

Just three years after the company was established, the first prototype of a Wiesmann roadster was presented at the very motor show which sparked the idea in the first place. It was a small and lightweight roadster which had first seen the light of day in a cellar, like a four-wheeled version of Frankenstein.

In the next couple of years things started moving even faster, with the Wiesmann company's main business being the manufacture of hard top roofs made out of fiber glass. In the mean time, their roadster project achieved maturity, while BMW was added as an exclusive engine supplier to the newly-formed brand. The BMW-powered Wiesmann MF3 was ready for small series manufacturing in 1993. 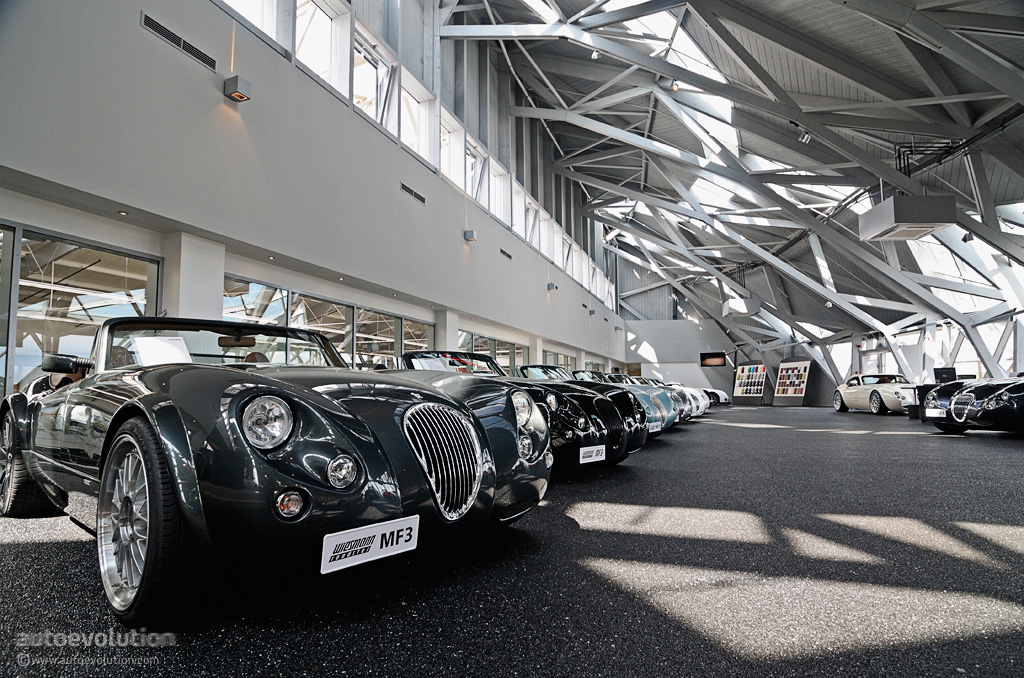 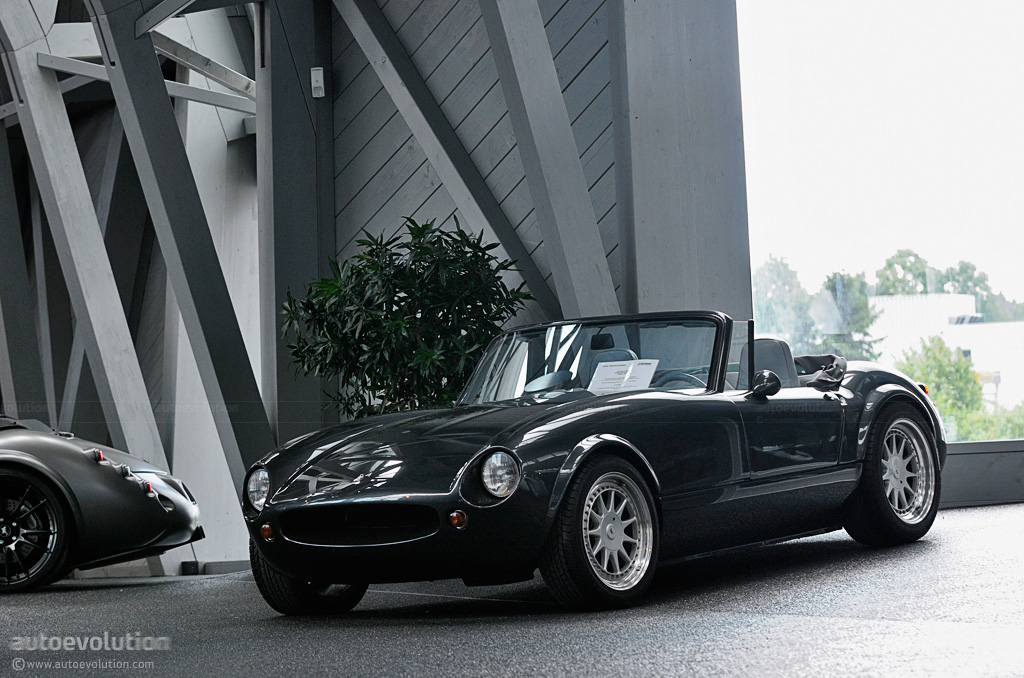 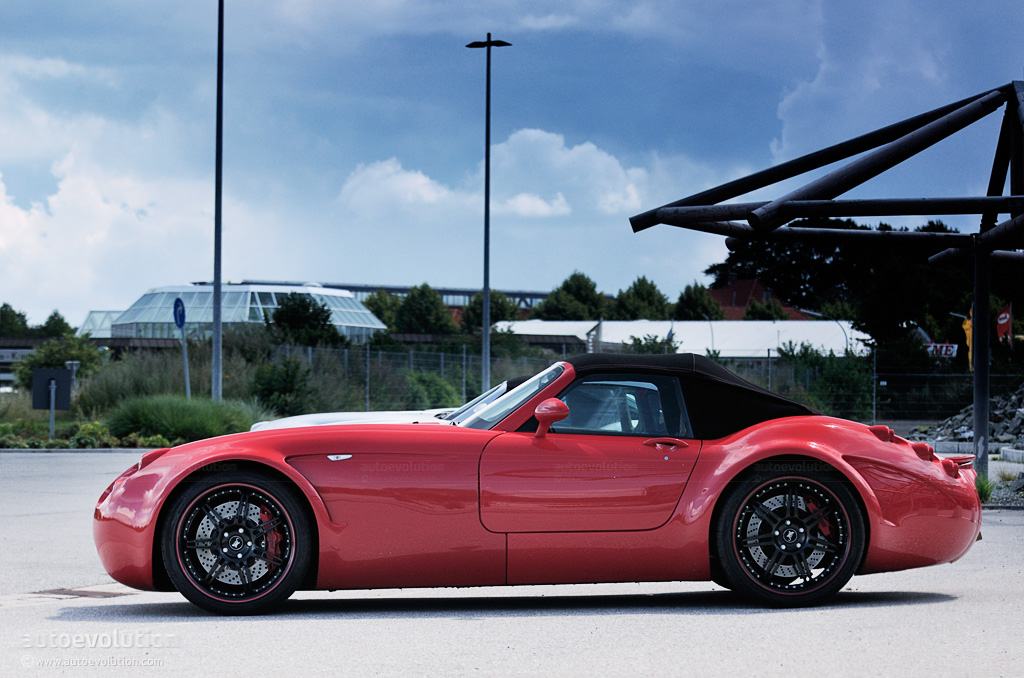 With the MF initials coming from "Martin" and "Friedhelm", respectively, the MF3 was a classic-looking open top sports car with very old-school characteristics. A front mid-engine, rear-wheel drive, two seats and a soft top were the basic pre-requisites for the car, and they still stand today for the current Wiesmann roadster range.

Starting with a production of about 50 cars per year, demand increased almost tenfold over the years and the Wiesmann brothers soon realized that they needed a larger manufacturing facility. Fast-forward to 2008, when the new gecko-themed establishment was inaugurated. Each Wiesmann sports car takes no less than 350 hours to be built, and everything that concerns the construction process is made in-house, by hand.

The manufacturing part of the Wiesmann plant is spread into six different areas, each having its own specialists:

Metalworks - is where all the processing of the "aluminium und schteel" required for the chassis is made;

Bodyworks - the place where the fiber glass monocoque bodies are assembled;

Electronics - just like the rest of the car, every wiring harness, instrument cluster and other electronic accessories are made in house;

Tannery - the leather upholstery, carpeting and other fabrics are all made by this department;

Pre-assembly - where the "marriage" between the BMW engine, gearbox the chassis and fiber glass body is made;

Final assembly - this is where the rest of components are assembled on the car before its final inspection.

All in all, almost everything - and we mean almost everything – is viewable from inside the gecko's belly, so you can actually see the car you ordered while it gets manufactured. Not to mention the fact that each car's interior is customizable in almost every way possible, especially when it comes to the color of the upholstery. How incredibly cool is that?

The most important thing we learned during our short visit at the Wiesmann factory is that they have evolved from a rather humble beginning in a cellar to a world class manufacturer. Something that other small-scale sports car manufacturers have unfortunately failed at in recent years (hint: one of them was named after a guy called Trevor). With all this said, we wish them all the luck in the world, because the Wiesmann brothers represent one of the last old-school car builders left out there.