1 How About an All-Terrain E-Skateboard for a Change?

2 Boxer Rocket Cargo Trike Has Kids Riding in a 1930s Airliner, Sort of

Even though new electric bicycles are created every month, it appears they all share the same flaw: the price. Most of them, if not all are valued too high for regular commuters. Spending car money on green two-wheelers is probably the main reason e-bikes are still not that popular. But with the batteries getting cheaper and better this might soon change.
1 photo
However, the Manhattan Beach, California-based company in question claims this is not the only thing that makes their bicycle “the fastest and most affordable electric bike ever”. Dubbed Wave, the 50 lbs (22 kg) e-bike comes standard with a 48 Volt, 750-watt hub motor capable of propelling the bike at speeds of up to 28 mph.

A 12 Amp hour battery is backing the two-wheeled commuter, as its creators claim their tests reached ranges of over 52 miles on a single charge with pedal assist. On fully electric mode, Wave is capable of going straight for 26 miles. To prove they are telling the truth the company’s founders even recorded a full roundtrip from Manhattan Beach, California to Santa Monica. They did the same thing with the top speed.

As we said, the estimated retail price is $500, which is quite impressive judging by what most of the e-bikes available on the market cost. According to their crowd-funding campaign, they have worked with multiple manufacturing companies overseas to provide high-quality parts at a very steep discount, but only if they order in bulk quantities. That’s apparently how they got the low price.

We don’t know if their explanation is good enough for you, but judging by the pace people are backing their project we’ll probably soon find out. 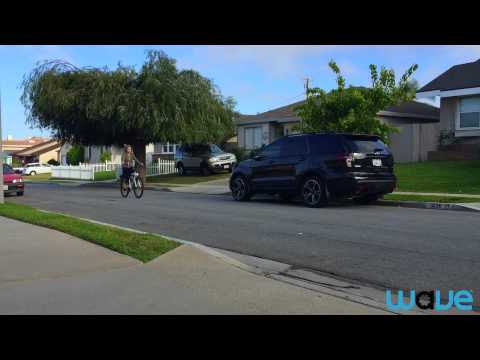