While the original Chevrolet Camaro is rated as the best pony GM ever built, we fancy the second-generation model as well. Actually, we think it’s quite good-looking with that longer, lower and wider body. We’re not that happy performance-wise, as it was plagued by the bitter “malaise era” beginning with the mid-1970s, but it’s not enough to start bashing it around.
1 photo
Getting back to our vehicle in question, the guys over at 1320video just published a video featuring a stunning Pro Street second-gen Camaro that could put many modern dragsters to shame. Tweaked beyond recognition underneath, this attention-grabbing Camaro runs effortless 8-second passes and even goes into 7-second territory.

There’s a bit of street action as well, and it gets pretty funny as the driver gets pulled over by the police for some misunderstanding. Scroll below to watch the full story. 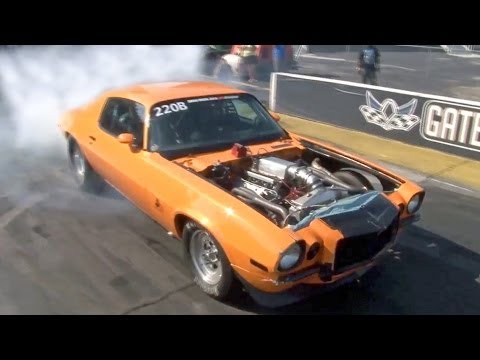