4 Tiff Needell Races a Volvo Truck Against the Koenigsegg One:1 on a Track

Volvo Trucks Is Preparing Another Epic Live Test, and Here Is the Teaser

Home > News > U-turn
Vlad Mitrache
When you’re on to something good, you keep doing it until it stops being good - that’s what Volvo Trucks seems to be thinking with its series of weird but great promotional videos.
1 photo
It all started off with that Epic Split, involving two Volvo trucks that happened to be going in reverse and the well-known actor/martial arts specialist Jean-Claude Van Damme. Besides taking a lot of punches without even blinking and always coming up on top in the end, Van Damme was also famous for one other thing: his split across two chairs.

Replace those chairs with two moving trucks and you’ve got yourself the stunt of the century, especially since Volvo Trucks assured us it was as real as taxes. The whole point was to demonstrate a new feature used by Volvo’s trucks called Dynamic Steering, which - among other things - helps maintain a straight trajectory despite an uneven road surface.

The second clip involved the Swedish-American singer Mapei and was actually a cameo of a Volvo truck in her music video for the Million Ways to Live song. The truck, driven by the same man who was at the wheel when Van Damme was standing on the mirrors, is now traveling on two wheels.

On December 3, Volvo Trucks will be launching a new clip in the Live Test series, and according to the company, it is “possibly the toughest done so far.” Well, I’ll give them this: that little girl really looks like she’s tough. Tough to say no to, that is.

We have absolutely no idea what this new Live Test for the FMX construction truck will consist of, but it will surely not be related to its ground clearance or its towing hook, since those two have already been covered. The best part is that we won’t have to wait that long to find out, as December 3 is quickly approaching.

Here is the teaser. Watch it and tell us your guess about what Volvo Trucks has in store for the little girl and us. 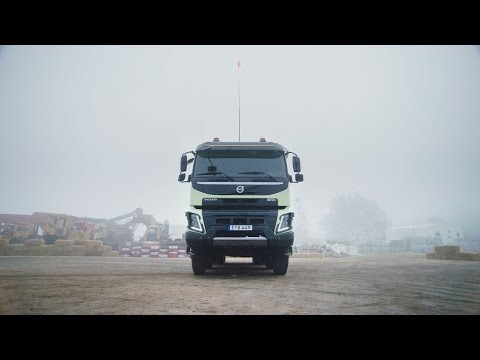