4 New Golf BlueMotion That Does 88.3 MPG Goes on Sale in Britain

The current generation Polo hatch was launched back in 2009 to some pretty decent reviews. The model was superior to the one it replaced in every way, being larger, more practical efficient and dynamic than the older model. Heck it even won Car of the Year the following year. But the years have passed and while it's still selling well, the German supermini has lost ground to newer French cars (plus the Fiesta).
23 photos

Rather than build a brand new model from scratch, Volkswagen has decided to re-engineer the Polo using input from clients and cues from the industry. Cosmetically, changes are minimal to say the least. Only owners will be able to tell old from new without a second or third look. Changes made (mostly) across the range include the revised headlights, which are now available with LEDs, the taillights, interior and some bits of trim for the lower bumpers. For our American readers and friends who don't get why VW does things the way it does, we'll tell you that subcompacts in Europe are mainstream. They're built with quality in mind and thus changes need to be made with attention to detail. 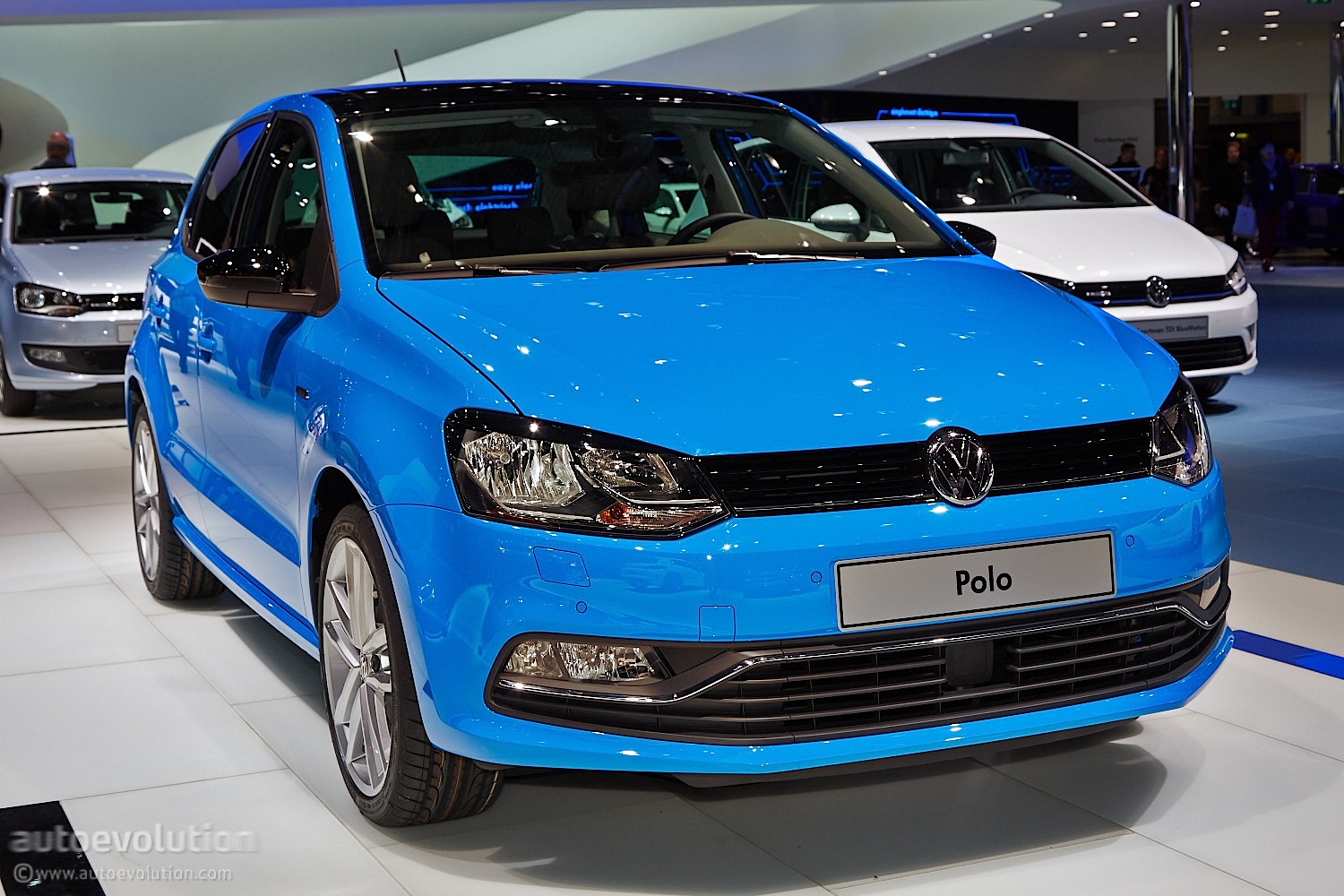 Sweeping changes have been made from the bottom of the range. The 1-liter base engines have 60 or 75 PS, just like on the Up! city car. We were right in saying they would get 95 Nm of torque as well. Both also get BlueMotion versions with fuel-sipping tech. To give you an example of what this does, the 60 PS engined Polo goes from 6.4 l/100km to 5.7 l/100km.

Both 1.2 TSI turbo engines, the 90 PS and 110 PS get BlueMotion tech as standard. They have identical power and torque output to the older Polo, with the exception of the 5 PS added to the top-spec model. But fuel consumption appears to have dropped by by about a liter in 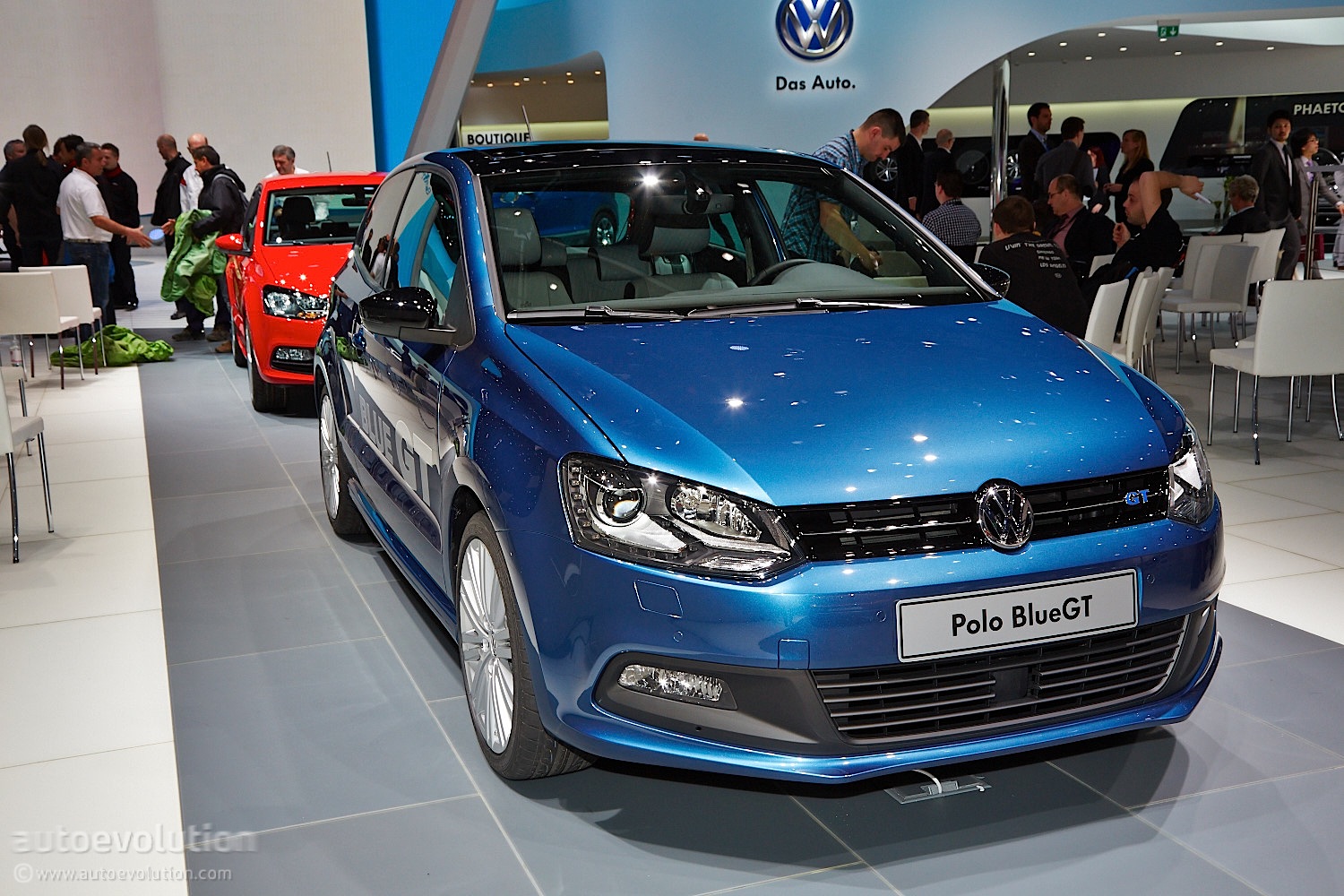 The other blue Vdub is the BlueGT for the 2014 model year. The facelift changes very little from a cosmetic point of view, since this was 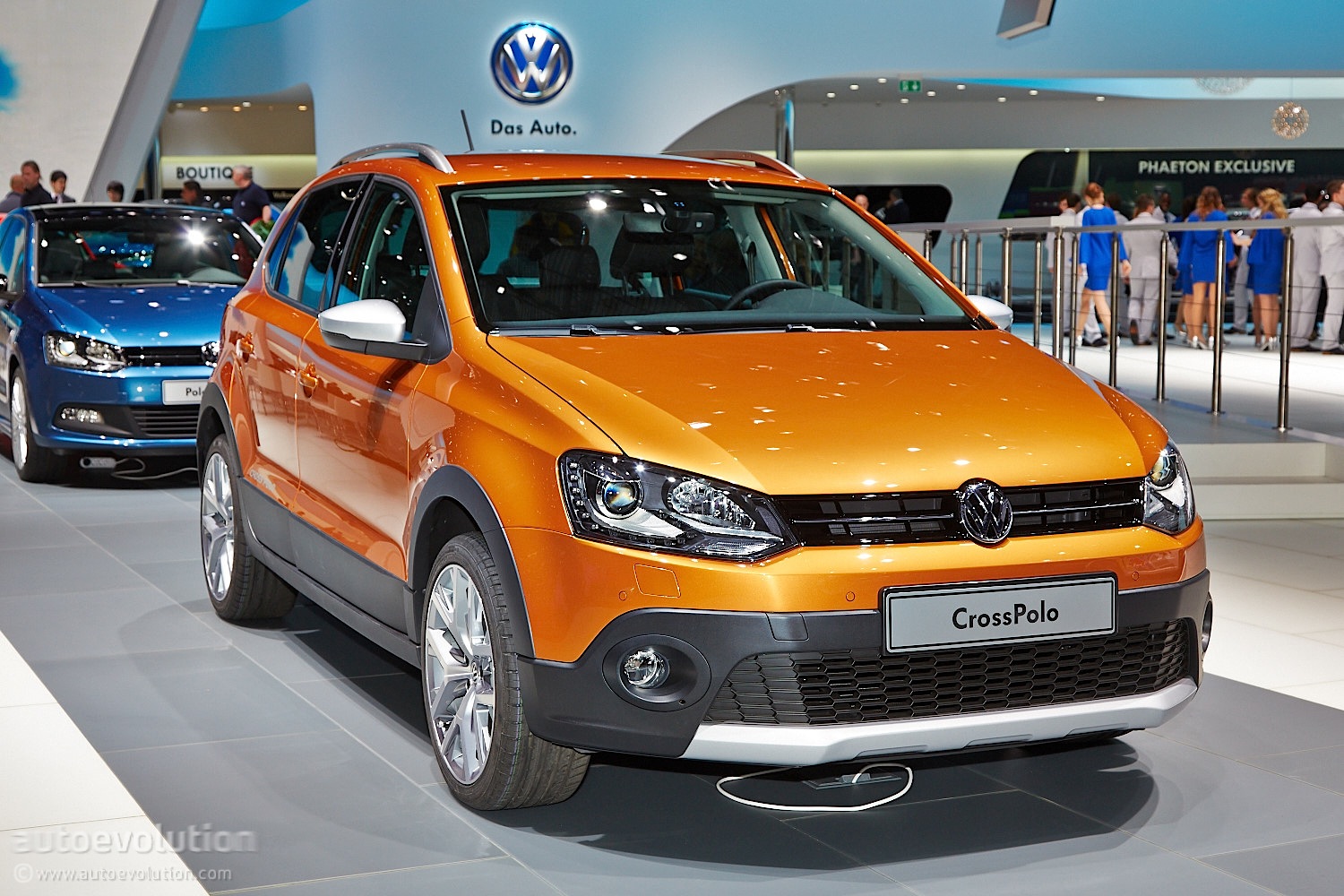 already the freshest member of the Polo family. The lower front bumper is actually an oder design and so are the headlights. However, there is really good news under the bonnet. Its 1.4-liter turbo TSI engine has been boosted by 10 hp to 150 hp, while torque remains the same 250 Nm.

This orange and black Polo is the new CrossPolo, a softroading version of the supermini. It's been on sale for a while and has also been updated, but not by a lot. The xenon headlights with LED daytime runners are from the old car and so are all of the body panels. The only changes bits are the wheels which are of a fresh design, the new paint and a bit of trim. Volkswagen also says the CrossPolo gains a new steering wheel, cabin fabrics and updated gear and parking brake lever, all of them with a superior finish.

Wolfsburg has announce plans to put CNG and plug-in hybrid version of the Polo in 2015.