1 Reactions to the Volkswagen-Porsche Merger

2 Volkswagen-Porsche Is Born
Up Next 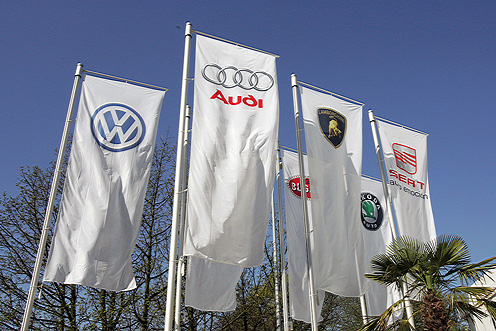 Europe's largest car manufacturer is hard at work trying to catch up with Toyota, as the company already announced it plans on becoming the no. 1 manufacturer by 2018. With the soon-to-be addition of Porsche in its brand line-up, as well as with the increased market share the manufacturer announced today, it would appear VW is on track to achieve that goal.

Volkswagen's world passenger car market increased from January to June by 2.1 percent, jumping from 9.9 percent to 12 percent. VW managed to sell 3,100,300 vehicles in the first half. In June, deliveries by the group even rose by 6.5 percent to 609,800 units from one year ago.

“The comparatively good trend in our sales figures shows that the Volkswagen Group is headed in the right direction. Everything is running to plan. Nevertheless, a major effort is needed in the second half of the year if we are to remain on course. Economic uncertainty will continue as the year progresses,” Detlef Wittig, Group Sales and Marketing vice president said in a release.

Volkswagen passenger cars grew 1.7 percentage points to 8.0, while in January-June deliveries increased by 2.2 percent to 1,949,000 units. This was mostly achieved thanks to positive developments in Germany, Brazil and especially China.

"Sales figures for the Tiguan, Scirocco, Passat CC and Golf were very pleasing. Judging by the response to date and by the level of orders, positive momentum can be expected from the new Polo over the coming months. The Audi, Škoda and SEAT brands also developed better than the overall market," the company stated.