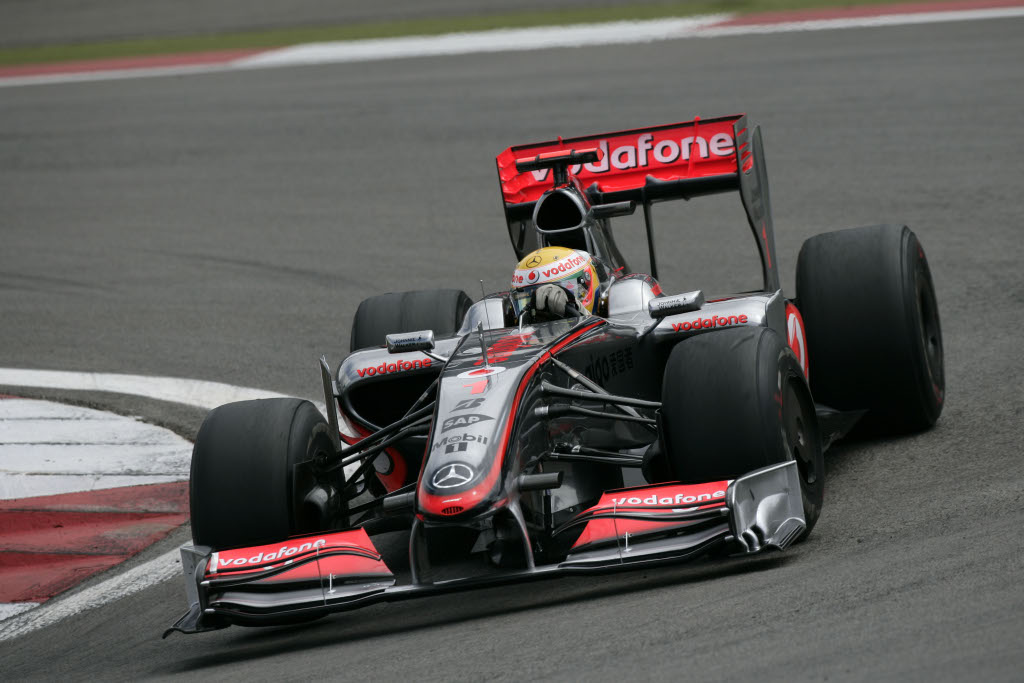 McLaren Mercedes continued their strong pace in Hungary by setting the fastest times of the second practice sessions at the Hungaroring. Only this time it was reigning F1 champion Lewis Hamilton to record the fastest lap of the afternoon – with the best time of 1:22.079 – only 0.047 seconds ahead of teammate Heikki Kovalainen.

Just like in the morning session at the Hungarian track, P2 saw a 3-way battle for 1st place between the two McLaren drivers and Williams-Toyota's Nico Rosberg. The three drivers finished within 0.075 seconds in the end, while Red Bull's Mark Webber had to settle for 4th place.

The Finnish driver scored his fastest lap earlier in the 90-minutes session – after only 25 minutes – after his car was fitted with the super soft tires. He held on to the lead for the next hour, only until Ham's MP4-24 used the same compound tires to do some quick laps of his own in the closing stages of P2. After one failed attempt with 5 minutes to go, the Brit finally topped his teammate's time late in the session, with Rosberg coming 0.026 short of Kova's time a few laps later.

Mark Webber was unable to challenge for the top spots of the afternoon session in its second part, as his RB5 encountered some hydraulic problems midway through the P2. Williams again saw both its drivers making the Top 5, with Kazuki Nakajima finishing ahead of Red Bull's Sebastian Vettel and Brawn's Rubens Barrichello.

The Top 10 was completed by Jarno Trulli, Nick Heidfeld and Timo Glock. Jenson Button again had a disappointing outing on the Hungarian track, as he only scored the 13th best time of the afternoon.

Rookie Jaime Alguersuari did not encounter any problems during the P2, while also improving his morning time by 0.286 seconds. However, he had to settle once again for the last position in the field, some 0.767 seconds behind teammate Sebastien Buemi.

Here are the complete results of the P2 on Friday: